We had a parent workshop at school recently about the TV series 13 Reasons Why based on the book by the same name, written by Jay Asher. Although I had heard of the series, I had no idea what it was about. It came onto the school radar when teachers discovered that kids were watching the series which has an 18+ rating, although Commonsense Media gives it a 16+ rating.

What’s so significant about 13 Reasons Why that we need to talk about it? Well, suffice to say it’s about teenagers, self-harming and suicide – topics that have concerned parents since before the dawn of social media. The series has also been associated with the Blue Whale Suicide Game that has been circulating the news in the last month (although the series does not mention the blue whale game).

I haven’t watched the series, nor was I planning to (although I think I really should now), but this is the gist of what it’s about:

The series revolves around a high school student, Clay Jensen, and his friend Hannah Baker, a girl who committed suicide after suffering a series of demoralizing circumstances brought on by select individuals at her school. A box of cassette tapes recorded by Hannah before her suicide details thirteen reasons why she ended her life. – Wikipedia

What’s Wrong with 13 Reasons Why?

The series has raised alarm bells for mental health experts for many reasons.

It’s wrong from so many angles that it’s almost as if it were devised as a training manual for how not to use suicide as a plot point. – The Guardian

So what does the show do wrong? A lot, apparently. These are a few of the main points I picked up, but you should read the links below to get the full gist of it because there is a lot more to it than this.

1. They show exactly how Hannah kills herself. According to Dr. Victor Schwartz, chief medical officer of the New York City-based JED Foundation, this increases the risk for suicide “copycats”.

2. The show never addresses any of the mental health issues that often accompany suicide. There is no mention of depression or mental illness which only furthers the stigma surrounding these conditions.

3. It is an unrealistic depiction of suicide – “It is unrealistic for someone, especially a teenager in the midst of an emotional crisis, to construct an elaborate series of tapes all the while maintaining a sarcastic, witty, and glib tone towards people she blames for her decision to end her life.” – Dr. John Ackerman

4. The series portrays a very hopeless message for kids suffering from similar issues to Hannah – that no one can help and there is no way out. What happened to Hannah is not the norm, but this is not the message that kids will take away from the series. There is a lot that can be done to help prevent suicide but none of that is even mentioned.

5. Suicide is glamorised and used as revenge in this series – this is not the message we want to be sending impressionable kids.

Is There Anything Good about 13 Reasons Why?

From the sounds of it, the short answer is “no”. The biggest up-side for the series is that it is gripping and it can be a conversation starter for parents and kids. That said, if you have a sensitive or vulnerable kid, that should be reason enough to stay away. There are plenty of other less graphic ways you can approach the topics of suicide, bullying, self-harming and mental illness.

On the other hand, if your kids are already watching, then you should most definitely start talking about it. The worst thing that could happen is that your child comes to the wrong conclusions on his own. That is certainly not something you want.

So what can you talk to your kids about? The following resources are a good place to start:

The Blue Whale Suicide Game is never mentioned on 13 Reasons Why, but it has come into prominence because of its association to teenagers, social influence, self-harming and suicide. There isn’t enough evidence on the challenge to state definitively that it exists, but Snopes hasn’t exactly ruled it out as false either.

How the Game Works

A player signs up to join the game and agrees to follow instructions over the course of 50 days. An administrator assigns a series of tasks that the player must accomplish. The tasks may include anything from watching horror movies alone at night to cutting yourself. The player wins when they complete the final task of committing suicide on the 50th day.

What Should Parents be Concerned About

The question isn’t whether the Blue Whale Suicide Challenge exists. Even if it isn’t the Blue Whale, it will be something else, like some of these other dangerous games kids have played in the past:

What we should be concerned about is managing peer influence, educating our children on these topics, and providing a strong support network to protect them. It’s about being in contact with our kids, being aware of what’s happening, and being prepared to face these tough issues. Don’t wait for something to happen, start addressing them now because prevention is the best thing we have.

Every teenager, apparently – especially between the ages of 11 to 17 years.

“Peer influence during adolescence is normal and tends to peak around age 15, then decline. Teens get better at setting boundaries with peers by age 18.” – Laurence Steinberg, psychology professor at Temple University.

But some teenagers are more susceptible than others. We’re talking about the kids who have:

We’re also looking at impulsivity, the tendency to act without forethought or restraint; and reward sensitivity, the degree to which an individual is motivated by incentives. We should also be aware that the ability to resist peers is especially poor when our children are experiencing strong emotional states. 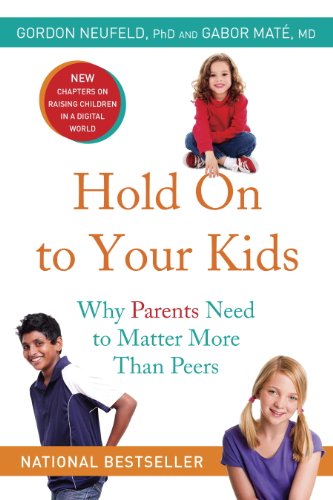 So what can we do? Is there anything we can do? As parents, we want to mitigate the risks our children face in their teenage years. I refuse to step back and accept the teenage rite of passage as one I have no influence over.

According to Raising Children, the children who have strong self-esteem are better at resisting negative peer influence.

If your child is happy with who he is and the choices he makes, he’s less likely to be influenced by other people. Self-esteem helps in establishing good relationships, and positive friendships also help self-esteem.

Other factors that can strengthen our teenagers include self control, social competence, and positive relationships with parents. To sum it up, these are some of the things we should be working on with our children: