Chinese New Year is around the corner again and it’s time to celebrate with fun and games and food! Here are some of the activities we planned for the kids this year.

In past years, the kids learn about the story of Nian and the Race of the Chinese Zodiac at school.

This year, I thought we should reinforce the story of the Hokkien New Year – Pai Ti Kong – which we celebrate every year after midnight in the wee hours of the 9th day of Chinese New Year. Since I didn’t know that much about Pai Ti Kong myself, we did a bit of research on the subject and G1 made a video on the story. His version is perhaps a tad fantastical – I assume the blame for suggesting that he take artistic licence to make it more interesting.

There is limited information on the legend of Pai Ti Kong online and the most detailed account we could find was from The Daily Brunei Resources. According to the author of the article, there are three versions floating around.

During the Song Dynasty, Mongolians attacked Southern China, targetting the Hokkien or Fujian Province. The Mongols killed everyone that crossed their path. Hokkien survivors who managed to escape hid in a sugarcane plantation. When the Mongolians finally gave up searching for them, it was the 9th day of the lunar year. Coincidentally, it was also the birthday of the Jade Emperor. Believing it was the King of Heaven who protected them, the Hokkien survivors started the tradition of Pai Ti Kong where they gave thanks to the Jade Emperor for protecting them from the Mongols.

This was the version that G1 decided to follow for his video:

In the 16th century, pirates were a dangerous threat on the east coast of China. During one Chinese New Year, the pirates raided the east coast of Fujian Province. Killing everyone they came across, the pirates forced the Hokkien survivors to flee for their lives. They had been about to give up when they found a sugarcane plantation to hide in which saved them. Since it was the 9th day of the lunar new year, they believed it was the Jade Emperor who had saved them from the pirates. Every year on the 9th day, Hokkiens give thanks to the Jade Emperor with sugar cane.

General Meng had a special ability that enabled him to speak and understand the local dialect simply by drinking the water from any province. He was sent to eliminate all non-residents in any province where he used his special ability to determine if the inhabitants were local or outsiders.

Chinese brush painting uses minimal strokes to describe the essence of a subject and capture its rhythm and grace. This beautiful book contains 200 exquisite motifs to re-create, from flowers and fruits to wildlife and scenery. This book starts with a brief history of Chinese painting styles, followed by a chapter on materials, tools, and basic techniques. The heart of the book is a directory of 200 motifs, starting with the “Four Gentlemen”?”the bamboo, orchid, plum, blossom and crysanthemum. Chinese painting courses usually begin with the Four Gentlemen because the wide range of strokes required to paint each of them provides a catalog of strokes that can then be used to paint any other subject.The Chinese Brush Painting Bible is especially designed for artists of all levels, beginner to advanced, who are looking to hone their skills in a specific style of artwork. The books are 6.5in x 8in, hardcover with an internal spiral binding so they lay open flat as readers follow the steps on their own canvas. This book is beautifully illustrated and contains hundreds of colorful pieces of artwork, photographs, and helpful diagrams. Step-by-step instructions help guide artists through the learning process. 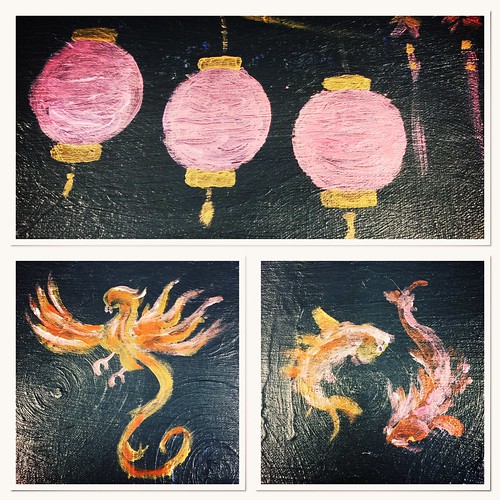 Traditional Chinese painting usually involves watercolours on rice paper. Since we didn’t have either, we used acrylic paints on canvas. We tried to keep to a Chinese New Year Theme with festive colours and popular images, such as the koi fish and lanterns. 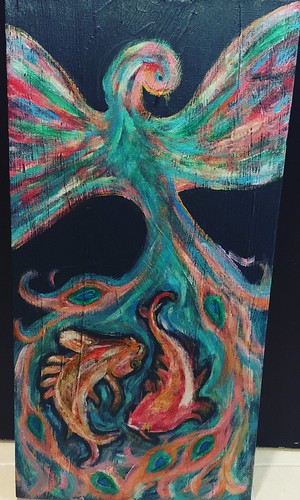 Despite our best intentions, the final incarnation ended up having little to do with Chinese New Year, let alone, the Year of the Rooster. Ah well, art is a creative process and sometimes you just have to go with the flow.

Chinese New Year is a time to decorate the house with red. Check out the following arts and crafts to create your own new year decorations.

These instructions were from the year of the horse. You can replace the horse images with Year of the Rooster ones.

This is the one we made: 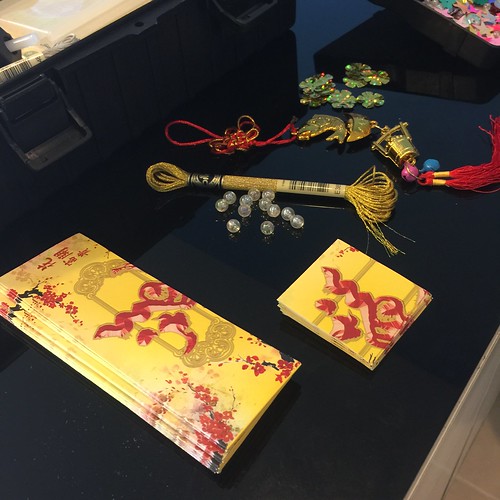 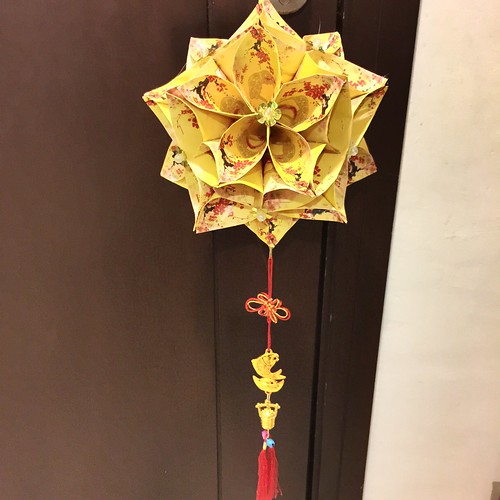 Prepare some of the traditional Chinese New Year foods with the kids.

We usually don’t make these ourselves (we cheat and purchase them from the market) but perhaps we will make some next year.

The original recipe calls for regular white sugar but this year we used gula melaka (palm sugar), hence the brown colouration in the photo below. 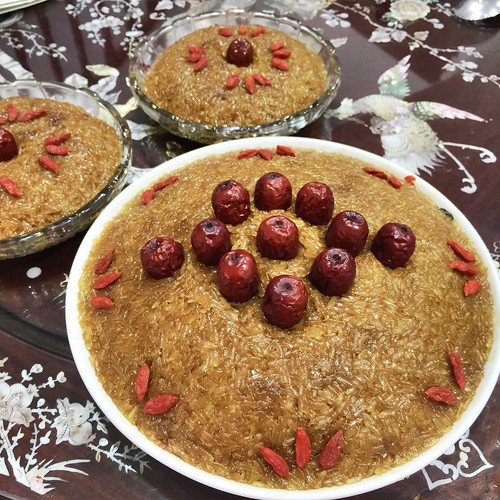 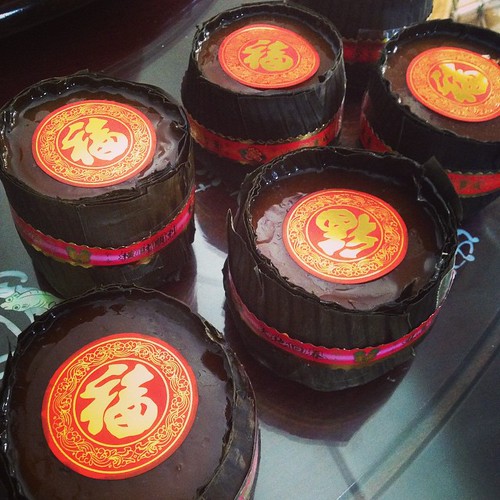 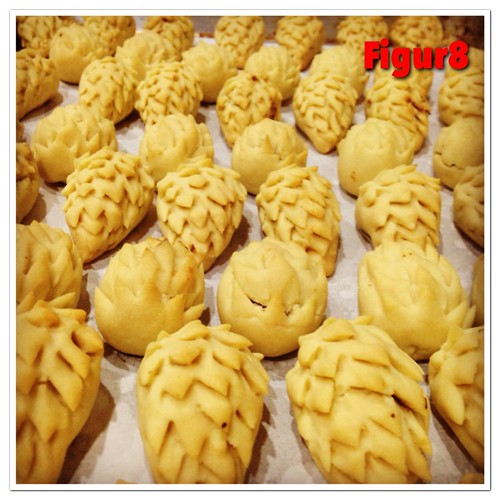 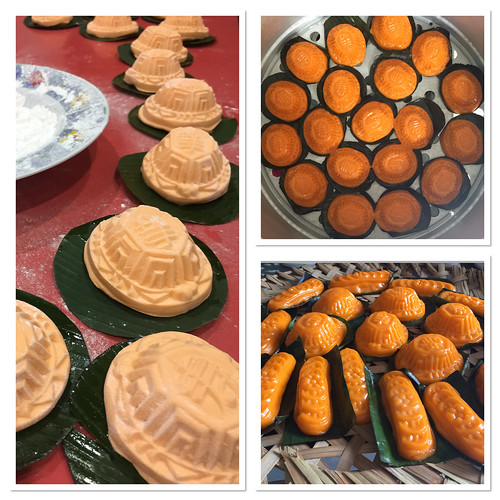