A few of our kids performed in the school musical, Beauty and the Beast, recently. Hoping to inspire them further, we decided to bring them down to Singapore to watch the professional production of The Lion King.

As it was the school holidays, we thought we should use the opportunity to check out a couple of other interesting sights and sounds as well…

The boys have seen a few plays and musicals before, but this is the first time they have ever been to anything of this magnitude. It took me a while before I even dared to bring them along because I wasn’t sure if G2 would get bored and want to leave. As it turns out, I need not have worried because he loved every minute of it. There were also some potentially “scary” parts, but that did not appear to trouble him either. So if you’re looking for a musical to introduce the stage to the kids, this would be one of my picks.

As far as sights and sounds go, The Lion King was a feast for the eyes and ears. From the costumes and the sets to the drum beats of the music, The Lion King truly delighted the senses. Although the story has never been one of my favourites, I still really enjoyed it.

The Lion King is playing at the Sands Theatre in Marina Bay Sands until the 23rd of September 2018. 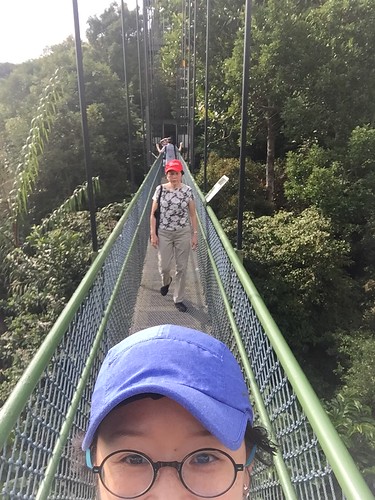 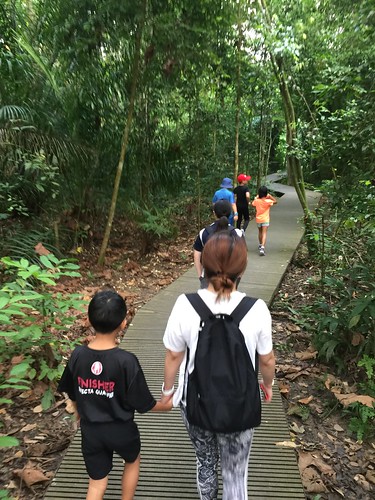 Since it was the school holidays, we stayed a little longer to check out a couple of new sights. The Treetop Walk in MacRitchie Central Catchment Nature Reserve was one of them.

Singapore may be a small island that is highly urbanised, but they have certainly taken care to preserve the greenery. I can’t believe I never knew this place existed. It is such a lovely place to go hiking. We definitely have to head back to scout out the other trails.

The easiest access to the Treetop Walk is to start at Venus Drive and follow Route 6 (the orange path) on the map. It says that the route is 7km and takes about 3-4 hours to complete. According to my Garmin stats, we were done in under 3 hours walking at a fairly leisurely pace. There are some inclines which could be quite challenging for newbie hiker. As a semi-regular hiker, I found it to be a pleasant walk.

If you want to shorten the walk and get a little closer to the suspension bridge and bypass some of the access trail, you can get a car to drop you off partway up the Island Club Road.

The main down-side to the walk was that the bridge sections were too short – only 250 meters. At least, that was G2’s feedback. Hopefully, he will enjoy the 600 meter Valley of the Giants Treetop Walk more.

The Rainforest Lumina is a 1km night walk through the Singapore Zoo with multi-media shows and a few activity stations. To avoid disappointment, you should be aware that there are no real animals on display – just an audio-visual show of animals. If you really want to see live animals, you should go to the Night Safari instead.

Ever since I was a little girl, I have always loved night lights and bright colours. For me, the Rainforest Lumina was a real treat for my eyes and I really enjoyed it. G2 seemed quite taken with the display as well because we had to call him several times to keep moving. G1 was not quite so impressed and I think he might have enjoyed it a little more if it wasn’t outdoors, hot, and involving walking.

Unless you have a camera that takes good night pictures, the Rainforest Lumina is more of an experiential activity than a photo opportunity. I did take a few pictures, but they do not do justice to the magic.

Once you enter the zoo, you will be herded to this arch which is the beginning of the show. 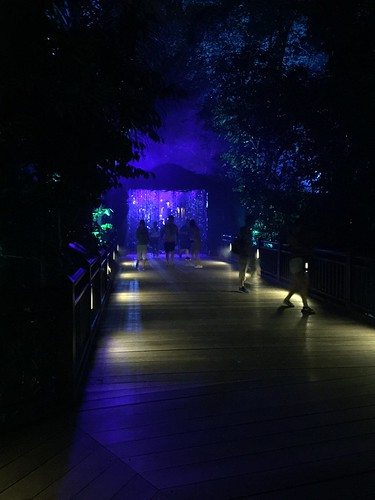 Along the way, you will pass light displays, like this: 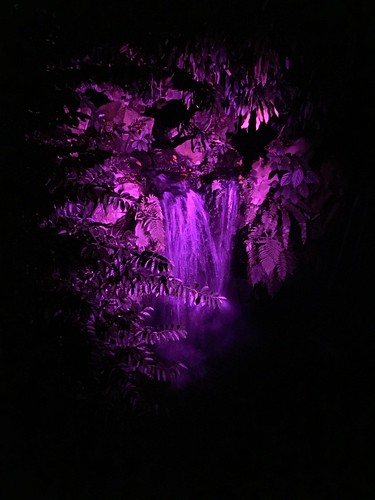 And animated light shows that have been reflected into the animal enclosures. 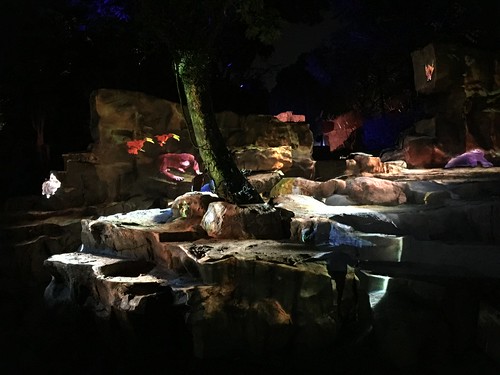 There are three interactive activities:

In this activity, you have to shout/sing/scream into the microphones and it will activate the light show. The more noise you make, the bigger the light show.

For this one, you have to jump on these lighted pads to activate the light show. 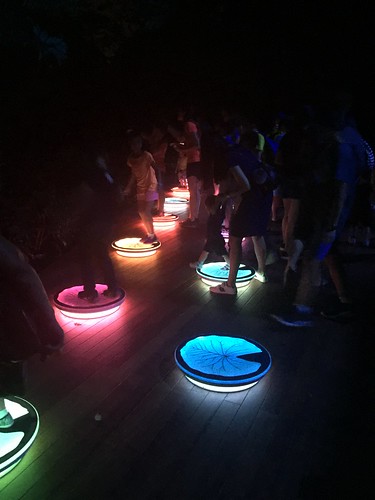 Near the beginning of the walk, you will come to an area with stations like the one below. Each station shows you one of the eight creature crews with their own unique special power. For instance, Maya the Orangutan’s special power is creativity, Bisou-Bisou the Chameleon is passion, and so on. As the story goes, both creatures and humans can combine their powers to help save the rainforest. 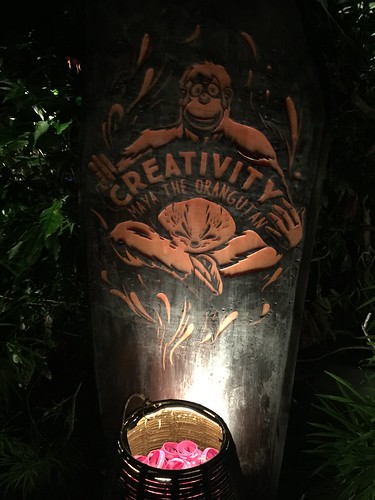 You need to collect a bracelet with a special power of your choice and hang on to it because you will need it at the Wall of Fame. Scan the QR code on your bracelet and you will be able to take a photo of yourself to be projected onto the Wall of Fame with your creature crew and special power. It is kind of reminiscent of the Hunger Games without the ominous tones. 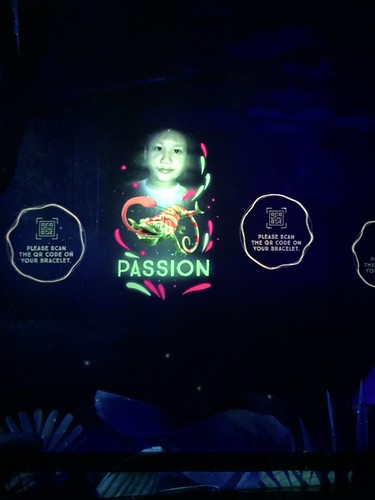 The Rainforest Lumina is on display nightly from 7:30pm to midnight, with the last entry at 10:30pm. It will be available to the public from now until December, 2018.