There is a scene in the movie Battleship that comes to mind whenever I think about motivation:

Admiral Shane: [Reprimands Alex Hopper] What is wrong with you? You’ve got skills, but I have never, EVER seen a man waste them like you. Keep the ship out of the surf and spray…

Admiral Shane: The fact that you know that infuriates me beyond words. What my daughter sees in you is a great mystery to me. You’re a very smart individual, with very weak character, leadership and decision-making skills.

Whenever I think about kids without motivation, I wonder if that’s how they’ll end up. Will they be like Alex Hopper, happy to squander their potential to the chagrin of all those around them? And if we have children who demonstrate “Alex Hopper” tendencies, is there anything we can do to help them keep their ship out of the surf and spray?

In a nationwide survey of high school dropouts, 69 percent said that school had not motivated or inspired them to work hard. In fact, many of the students who remain in school are not motivated or inspired either, and the more time students spend in K–12 education the worse it gets. This lack of motivation to do well in school represents a serious loss of human potential, with implications for students’ well-being later in life and for our country’s future economic growth. What prevents students from working hard in school? Is it something about them or is it something about school? More important, is there a solution to this problem? – Academic Tenacity

I keep asking myself: how do we motivate the child that is content to cruise, offering just the minimum of effort to get by? How do we awaken the hunger in the child so that he aspires to be all he can be? Is this a lesson he has to learn on his own or is there a way to nudge him in the right direction?

Antoine de Saint says to “teach them to yearn for the vast and endless sea” but I confess that I don’t quite know how to do that. I’ve only ever been familiar with the heavy-handed approach of beating the drum. So I’ve been doing a little digging and this is what turned up.

There are two kinds of motivation:

The Problem with Extrinsic Motivation 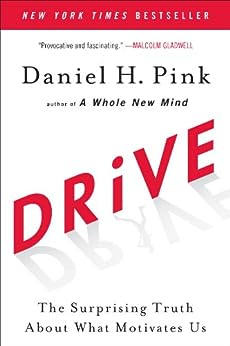 Extrinsic motivation is easy to implement and it can be effective – up to a certain point. But here’s why we should avoid becoming over-reliant upon it:

According to a study by Smithers, you can increase motivation with goal-setting. In fact:

If you’re looking for a quick fix, especially if you’re trying to motivate your son, then perhaps this is one place to start. DH started setting goals for G1 and it seems to be working so far.

Yes, I hear you – doesn’t this sound like extrinsic motivation? Well, yes and no. It depends on the goal, how you set it, and who sets it. The goals that we have set for G1 are admittedly extrinsic in nature, but that doesn’t mean all goals are extrinsic. I could set a goal for myself to run a marathon where my reward is the satisfaction of ticking a bucket list and that would be an intrinsic motivator.

How else can we boost motivation? In the book Spark: the Revolutionary New Science of Exercise and the Brain, John Ratey says exercise. Yes, you read that right – exercise increases motivation. For most of us, when we think of exercise, we think of motivation as the thing we need to start exercising, not the other way around. While it may seem contrary to think of exercise leading to motivation, it does make sense. Getting started with exercise is difficult, but once you get into a routine, it’s hard to stop. That’s because exercise increases the level of dopamine in your brain which regulates our motivation to act.

Dopamine motivates us to take action toward goals, desires, and needs, and gives a surge of reinforcing pleasure when achieving them. Procrastination, self-doubt, and lack of enthusiasm are linked with low levels of dopamine. Studies on rats showed those with low levels of dopamine always opted for an easy option and less food; those with higher levels exerted the effort needed to receive twice the amount of food. – Huffpost

Other research links increased motivation to the heightened levels of cortisol that occur after an intense bout of exercise. Researchers found that cortisol levels remained elevated for about 20 to 30 minutes and that it was linked to a demonstrable increase in reward-seeking behavior. Simply put, intense exercise increases our cortisol levels which boosts attentiveness, our desire to perform, and motivation. It also affects cognitive processes like working memory, retrieval, and attention, which can also enhance reward-driven and approach-motivated behavior.

If exercise boosts motivation by raising dopamine levels in the brain, then perhaps these other methods might work as well since they also increase dopamine:

According to Growing Leaders, drive (the ability to persist with things we don’t like for a greater cause) has been linked to emotional intelligence.

In a recent meta-analysis of high level leaders in business, one report found that “people who are more adjusted, sociable, ambitious, and curious are much more likely to become leaders.” This means your students who lack basic social skills will also soon become your students who fade further and further back out of the spotlight. If you want your students to increase their motivation in your classroom, you might start by helping them develop their social skills. – Growing Leaders

If we focus solely on motivation, we can break it down further into 4 parts:

Points 1 to 3 relate to personal interest so if we can somehow make the task relevant, we might be able to increase motivation. That brings us back to purpose and understanding the end goal. If something means enough to us, we’ll drive ourselves to work for it – there is internal motivation. The question then is how do we make it personal for our children?

The last point is related to personality which can be quite hard to change, but we can work on it by focusing on building resilience:

According to the research, there are four aspects to internal motivation:

What else drives internal motivation? It probably goes without saying that we’re more motivated when we’re working on something we’re interested in.

Motivation begins with interest — an emotion that guides our engagement in the world. Interest leads to exploration and to the development of projects. Projects then become ambitions and goals. – Huffington Post

So if we can figure out what our kids are interested in, help them discover its relevance and relatedness to their lives, give them some autonomy over their learning, and provide them with the support so that mastery is within their reach, we should have a pretty motivated child.