We’ve been on a mission to all check out the best Melbourne playgrounds. We began this undertaking some years back after being blown away by Hays Paddock. Since then, the playgrounds have only gotten better and better. It is almost as if there is a secret competition for the “best playground” award and every council is vying for it. Our journey has not ended, but I thought we were long overdue for an update.

Let us begin with the local neighbourhood park… It’s been years since we last visited Macleay Park and the playground has been revamped to include a very cool flying fox and climbing structure. I’ve always been partial to intriguing climbing structures because I believe they are the next best thing to tree climbing. Why tree climbing, you ask? Two reasons:

There were other elements to the playground at Macleay Park – like the mini trampoline and the bird’s nest swing – but I thought they were mostly standard playground fare. You can check out what else they have here.

What was good about this park: it didn’t get too crowded despite the fact that we visited during the school holidays. Maybe because it is old or maybe because there is nothing terribly exciting to draw the crowd, but it did entertain my two for quite some time. It probably helped that we came here before all the other cool parks we saw below. 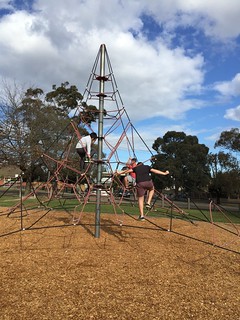 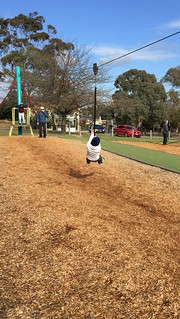 This park has G2’s vote for “best park ever”. Why? Because it has sand and it has water. Yeah, I know. We should just take him to the beach. Problem solved.

It has been two years since we visited this park and the first thing G2 said when I told him we were going to Australia was this: “Oh! Can we go to the park with the dam?” This is coming from the kid who doesn’t seem to remember anything so I guess it really made an impression on him. 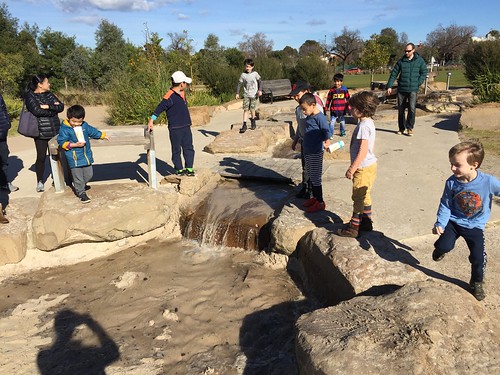 This is the dam that G2 was referring to – it is a water feature with a water pump and sprinklers draining into a pool with a movable dam wall. When the wall is up, the water drains under a wooden bridge and into a large sand pit. 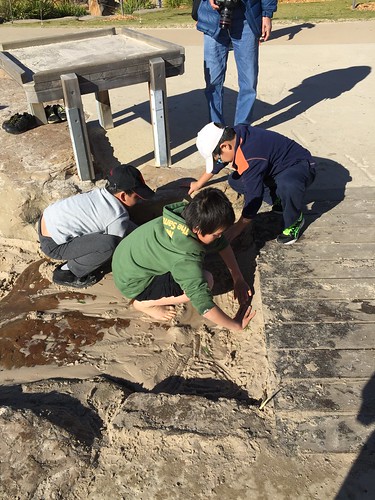 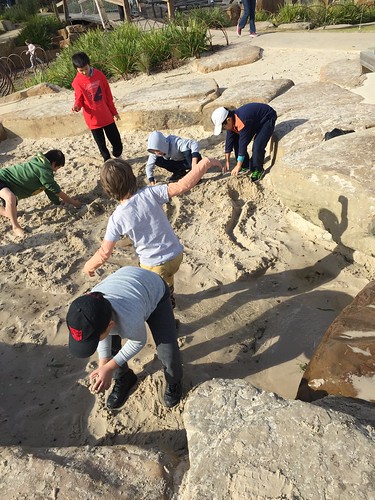 The kids can play with the sand, or the water, or both. They can build sand castles and structures, or watch how the water flows. This time around, the boys decided to build a dam out of sand (above left) to see if they could hold off the water and stop it from reaching the sand pit. When the other children saw what they were doing, they joined in to help.

Some time back, I read an article about how children learn through nature play. On this day, I saw it in action as the children worked out the weaknesses in their sand dam and played with ideas to reinforce it. I loved how the children all worked together even though they had never met before. They could have continued all day if we didn’t need to stop for lunch. 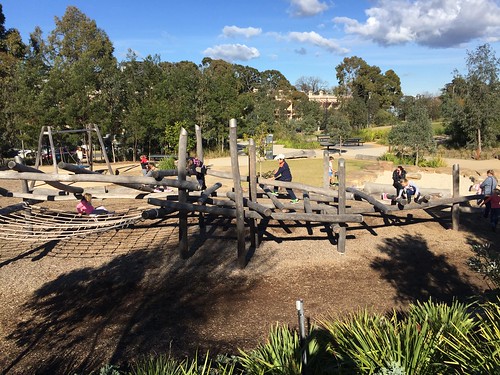 In between the slides, bridges and swings, there were also loads of “things to climb” at Royal Park. The rope course had different levels of difficulty to cater for both younger and older kids. In fact, many of the parks we saw had this. They would have a baby section for younger children to build up their skills in a safer environment where they were closer to the ground and a more advanced section for the older children to challenge themselves. 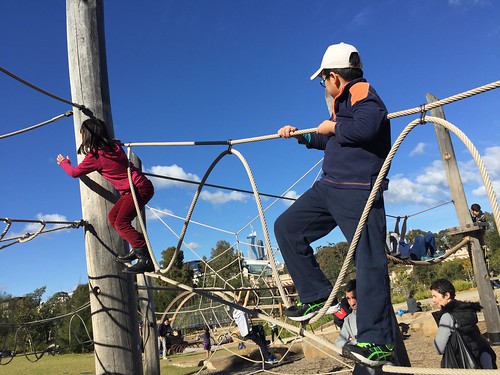 Royal Park is quite a popular park with lots of families visiting during the school holidays. It covers quite a large area and offers many different activities for children to choose from so it never felt overly crowded. 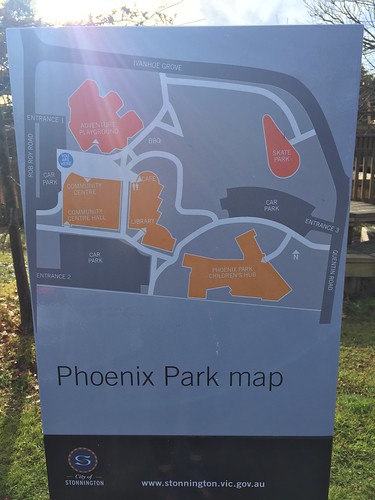 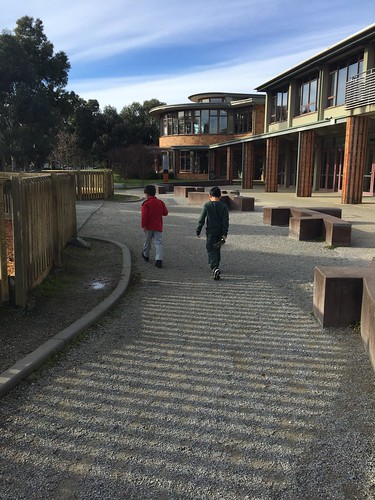 Phoenix Park playground has been around for quite a while, but it’s a nice one because it is quite large with lots of different activities to do. 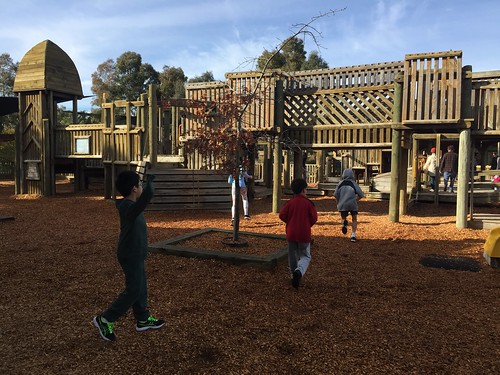 They can let their imaginations run wild with the various play structures – the castle, the bridges, the car and the train. Aside from all the little nooks to explore, there are also swings, monkey bars, flying foxes, slides, and balance beams. Like Royal Park, they have a baby section for the younger children to build up their skills. There used to be a treasure hunt but some of the pieces have gone missing so it is now incomplete, which is a shame. 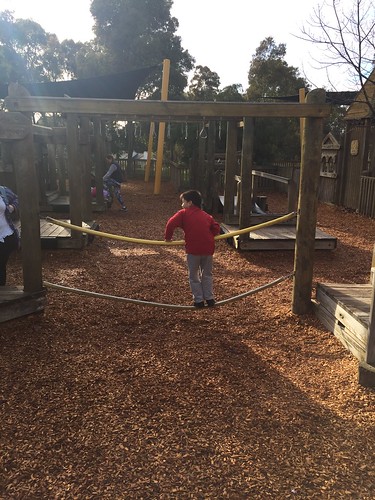 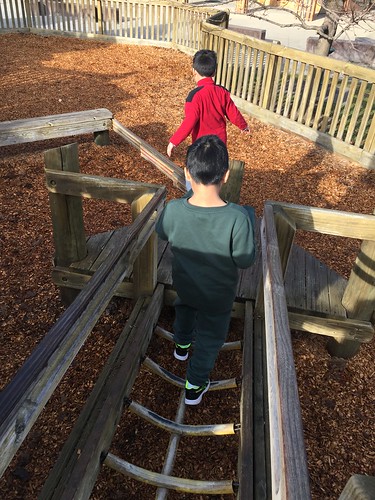 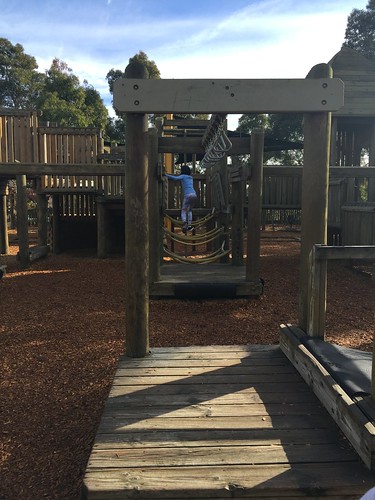 Have a look at what else is there.

There is also a skate park nearby that you can head off to to practice a few tricks on wheels. Alternatively, you can wind down with a quiet read in the community library. 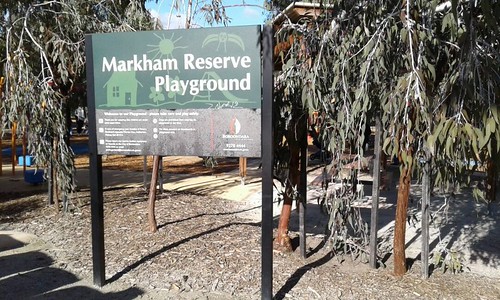 This was a playground that was recommended to us several years ago, but I didn’t remember it until I stumbled upon an old photo of it. 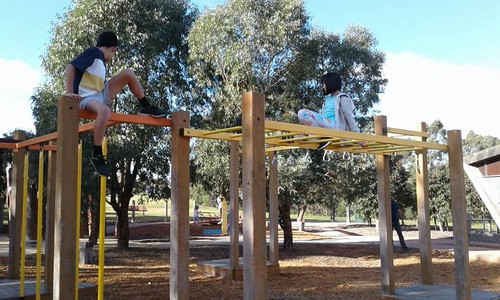 It was busy but not terribly crowded when we visited. There is also plenty to do there – monkey bars, flying fox, sand pit, see saws, slides, lots of climbing structures, puppet show theater, rocking horse, wizzy dizzy, and swings (check out the photos).

The flying fox and monkey bars are pretty high up so they were designed with older kids in mind. At 10 years old, G1 wasn’t tall enough to reach them (although he is probably among the shorter kids his age). 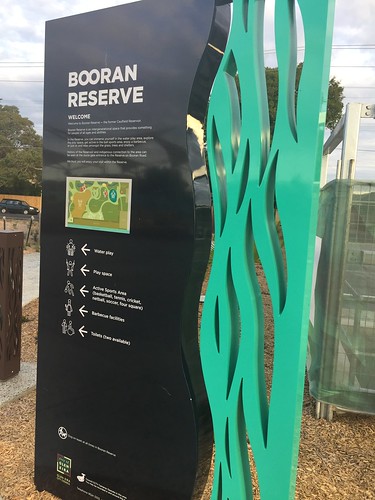 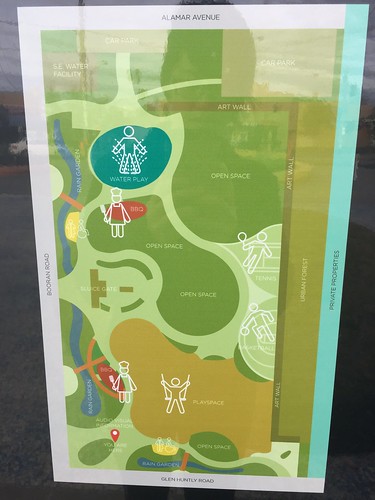 Opened just three months ago, Booran Reserve is one of the newest parks to hit the Melbourne playground scene. Like a child, I explored the entire park with wonder and amazement at the amount of planning that has gone into this space. 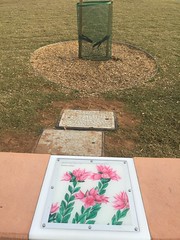 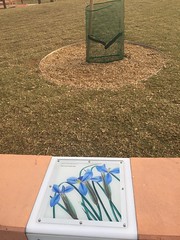 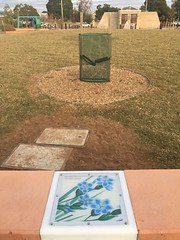 There are plaques labelling and depicting each plant so the children will know what grows around them. Rain gardens collect the overflow of rain water during the rainy season. A protected forest reserve preserves the nature environment for the birds to nest. 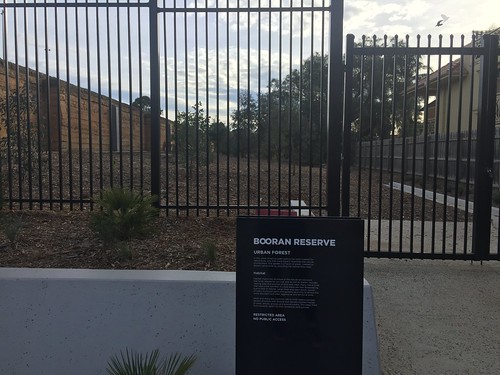 They have smaller slides and climbing slopes to accommodate the little kids and more challenging activities for the older kids. 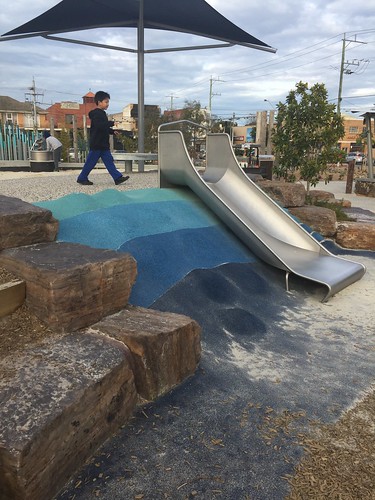 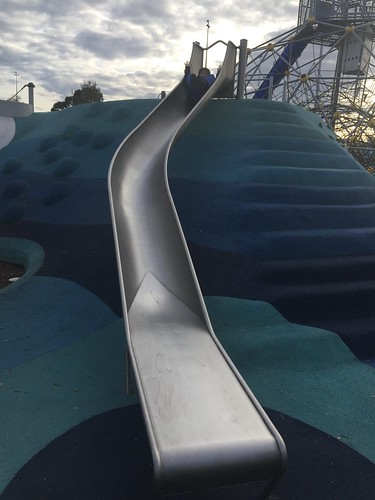 Like Royal Park, they have a sand play and a water feature for children to explore. Unfortunately, the set-up was not designed for them to mix so when some kids added sand to the water feature, the water had to be turned off until the park maintenance team figured out how to resolve the problem. 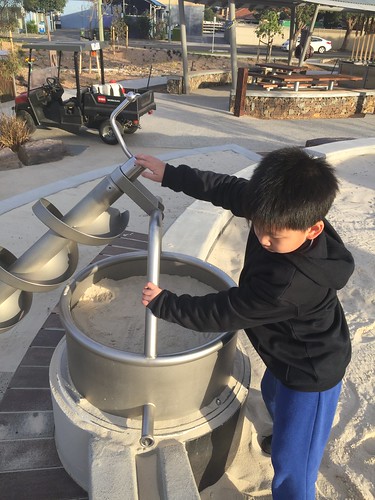 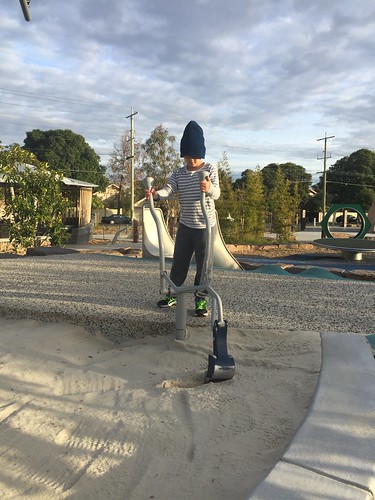 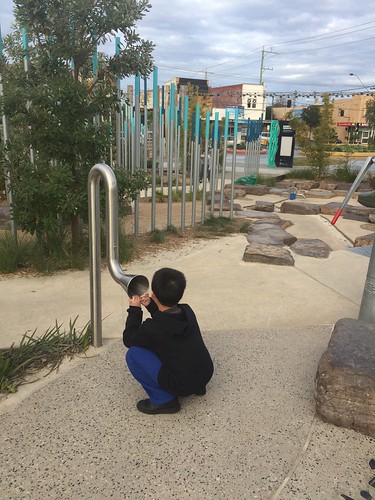 They also had a flying fox, bird’s nest swing, sound pipes, water play area (just a series of sprinklers shooting water from the ground), slides, bridges, tunnels, a mini trampoline, courts for basketball and tennis, and the star attraction – a climbing dome with a giant slide. 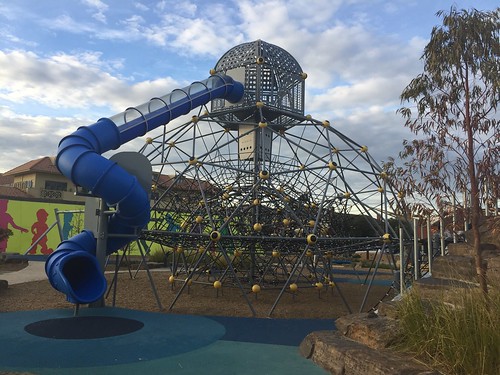 This is an almost 360 degree view of the park:

The Nature Play movement appears to have gained some good momentum in Melbourne. Many of the new parks and playgrounds are designed around the key themes of nature play spaces. I’ll be interested to see what else is new when we next head down to Melbourne. Nature Play is a simple idea offering terrific benefits for kids. I would love to see this happening in our part of the world.

According to the World Wildlife Federation, children spend half as much time outdoors as they did 20 years ago. This has led to a rise in obesity rates, and a decline in creativity and social skills. Children that spend time outdoors are more physically active, are more creative in their play, exhibit less aggression and show better concentration. (Burdette and Whitaker 2005); (Kuo & Sullivan 2001).

The benefits of nature play:

Create Your Own Nature Play Space.