G1 has a new craze – the Pokemon Trading Card Game. I thought at first that it was just another ridiculously expensive hobby until G1 learned how to play the game properly and taught it to me. It turns out that there is actually quite a lot a child can learn from this game. 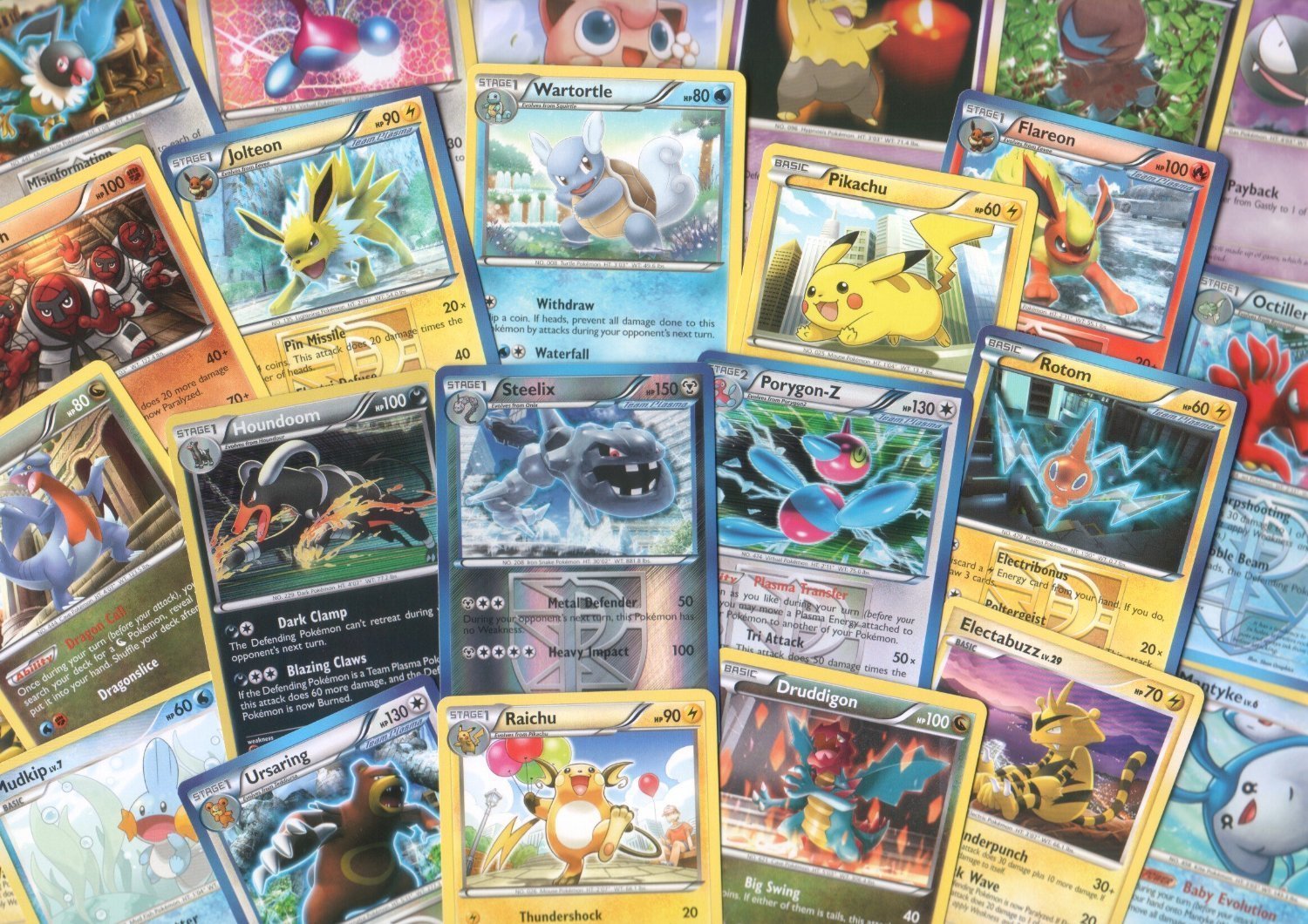 The Benefits of Playing the Pokemon Trading Card Game

Pokemon Trading Card Game (TCG) is essentially a board game. By virtue of that fact, it has all the expected benefits of playing board games. Like Mahjong and Chess, there is also a level of complexity to Pokemon TCG that makes it a great workout for your brain.

To play the game, each player requires a deck of 60 cards. A deck consists of Pokemon cards, trainer cards (item/supporter/stadium), and energy cards. While newbie players can purchase ready-prepared decks, they can eventually move on and create their own. 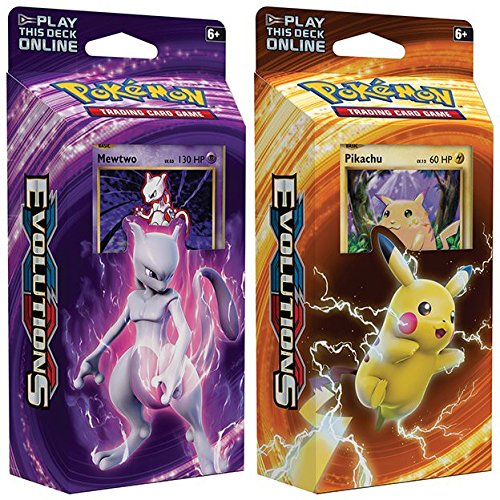 There are over 600 species of Pokemon and over 11,000 unique Pokemon card types. That’s quite a feat just to get your head around the many different types of cards available. Knowing the different types of Pokemon cards available is not only helpful for building your own deck, but it will help you anticipate your opponent’s strengths and weaknesses.

Aside from Pokemons, you also need to equip your deck with trainer/item/supporter cards and energy cards. How many of each type of card you choose to have in your deck is entirely up to you as long as they all add up to 60 cards in the deck.

Building a Pokémon TCG deck on your own is no easy task. With so many cards available to use, it’s your job to pick out 60 cards that work together to create a winning strategy. How do you decide which ones to use? How many Pokémon, Trainer, and Energy cards should you be playing? Depending on the strategy your deck is using, the answers to those questions can vary. – Designing a Deck from Scratch

Like the board game Risk, Pokemon TCG is a mixed game play of strategy and chance as you try to defeat your opponent through a series of Pokemon battles. Which Pokemon should you send out first? Where will you place your extra energy cards? Should you use a trainer card now or later? 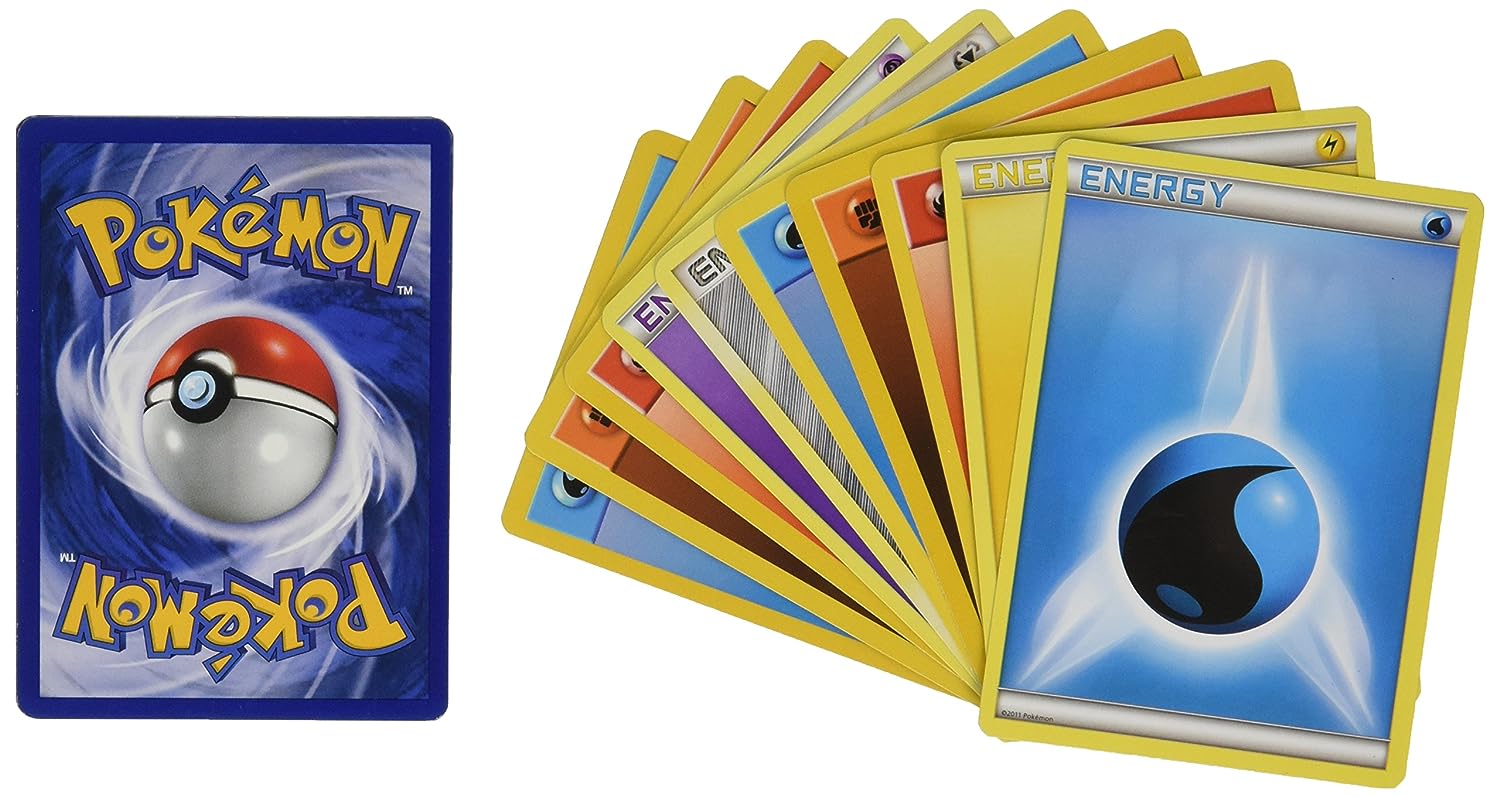 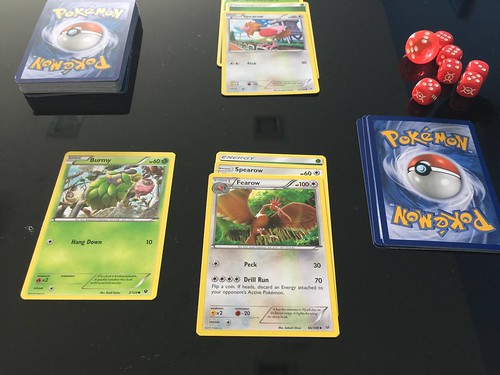 Even after the game is won or lost, the thinking isn’t over. To be better prepared for the next game, you can evaluate your deck. Were there enough energy cards? Did your Pokemons work well together? Did you have the right trainer cards to execute your strategy effectively? What was good about your deck? What could have been better?

Pokemon TCG helps children practice mental arithmetic. During game play, they need to add, subtract and multiply hit points (HP). The thing about mental math is that you only get better at it if you practice. Unfortunately, most children find the practice tedious. Pokemon TCG is one way to add some fun to the practice.

At times it seemed ridiculous, but then I’d hear my son plop down two cards and talk out more complicated math problems than anything he saw at school: “160HP minus 110HP plus 30 resistance points minus 20 weakness points equals 60 points left,” he’d say, then plop down two more cards to solve.

Pokémon had taken over his brain. But in ways my wife never expected. Early in second grade, his math teacher told us he was as fast at math as the fifth graders. Not bad for a kid turned away by most of the local private schools prior to kindergarten. – Po Bronson

For the older children, Pokemon TCG is a great way to learn about probability. There is a certain element of luck involved when playing the game. Children can learn how to calculate the odds of picking up a specific card or the chances that the card they need has ended up in the prize pool. Knowing the probability of these factors can influence the decisions they make when planning a deck.

Practicing reading can also be a chore for a lot of kids unless they’re reading something they want to. While there may not be as many words on a Pokemon card as there are in a single page of a book, Pokemon reading can be pretty challenging. For example, there are some tricky words like “resistance”, “immensely”, and “overwhelming” – just to name a few.

He got more reading time in through his love of Pokémon than he ever did at night, when we handed him books. He did read the books out loud to us, but it was a necessary chore. Pokémon was never a chore. And I noticed the paragraphs on the cards were syntactically far more complicated than anything he read in books. – Po Bronson

Organising Pokemon cards can teach younger children about classification. The Pokemon can be classified by type, evolutions, variants, or any other factor you choose.

Pokemon TCG is a “trading card” game which means kids will trade cards. During a trade, they need to weigh up the differences between what is a “good and fair” trade versus how much they really want the card and what they’re prepared to give up for it. Suffice to say that this has been one of the most challenging areas of development for the kids. There is a steep learning curve to the art of negotiation. In some instances, the children must face the inevitable feelings of regret when they allow emotion to control their decisions.

Trading between young children is difficult to moderate and sometimes a painful experience for the adults that must adjudicate when problems arise. Nevertheless, I am beginning to see the value in these challenging lessons for building character.

“competition, if done right, is a good thing. In fact, competition and team activities can drive learning and performance better than solo endeavors.” – Why competition can be healthy for kids

Pokemon TCG is a competitive game with winners and losers. Not only does it offer them the opportunity to experience healthy competition, the children can also practice good sportsmanship as they learn to win and lose gracefully.

If you have a budding Pokemon Master, you can attend local events to play against other Pokemon players. It seems that there are even world championships for the really good players.

There are many ways to develop social skills that don’t require playing card games, but any opportunity that gets your kids out there and actively practicing their social skills will always be a good thing. If they’re going to swap cards and play the game, they need to socialise and make friends. They’ll also learn quickly that sore losers, cheats, and kids who don’t play fair aren’t going to get very far in this arena.

In this day and age of technology and a highly plugged-in world, we really do need to embrace the activities that encourage our children to spend time away from their screens. Pokemon TCG is one way to do that. I mean, have you seen how much time a kid can spend organising cards? Enough said.

If you’ve never played Pokemon TCG but would like to give it a go, there are Pokemon Trainer Kits that will teach you the game step-by-step with half decks of 30 cards. And if you’re not sure how to set up a deck, they also offer Starter Decks to help you out. These Starter Decks are usually fairly evenly matched so you don’t end up matching a weak deck with a stronger one. Of course, once everyone knows how to set up their own decks, you can create your own deck and see who sets up the best one.

Pokemon Trading Card Game is essentially a physical board game but you can also play the online version if you don’t have anyone to play with. Pokemon TCG Online is available on Windows, Mac, iOS, and Android.