Ever since we heard about the new Fantastic Beasts and Where to Find Them movie, we’ve been on the edge of our seats waiting for opening day. G1 even read the screenplay in his eager anticipation of the movie. DH was of the opinion that G1 would ruin the experience if he knew what was about to happen next. It turns out that the only experience that was affected was mine – I got the full insider’s scoop running dialogue alongside my movie experience.

Nevertheless, we all enjoyed the movie. Whether we can be considered objective reviewers is possibly somewhat in question since we have been starved of news from the Wizarding World ever since the last installment of the Harry Potter series ended. We gobbled up Harry Potter and the Cursed Child as soon as it hit the bookstores. We were lucky to be in Hawaii on the day it launched and G1 picked up a bonus Ravenclaw badge with it. He was barely out of Barnes and Noble when he had the cover open and was reading it. 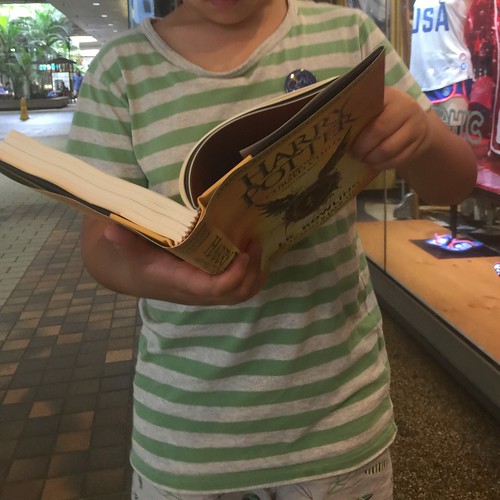 By the time Fantastic Beasts and Where to Find Them hit the cinemas, we were well and truly in famine mode. We can’t believe we have to wait another two whole years before we can watch the next movie in this new series from the Wizarding World (apparently there are four more movies in the pipeline). 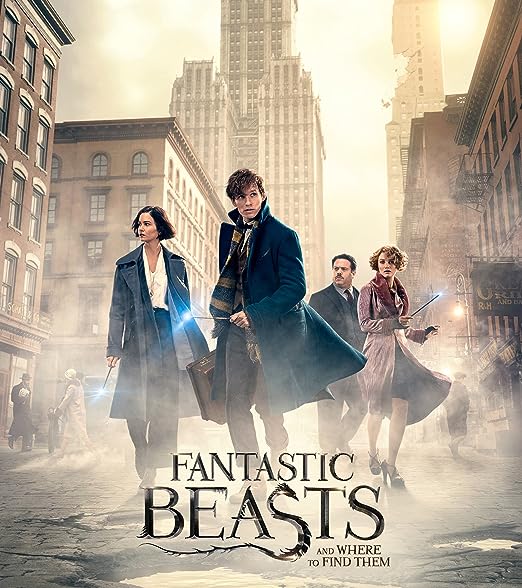 To ease the agonising wait, G1 has also been studying his Hogwarts-approved text of the same name written by Newt Scamander. I’m pretty sure he’s more than ready to sit for his Care of Magical Creatures O.W.L.s and join The Department for the Regulation and Control of Magical Creatures.

Which is exactly what he did when we started playing Fantastic Beast: Cases from The Wizarding World. G1, A.K.A. Septimus Summers, has joined forces with Mathilda Grimblehawk at the Ministry of Magic’s Department for the Regulation and Control of Magical Creatures. He has been hard at work to protect magical creatures of the Wizarding World from the Muggles and vice versa.

Fantastic Beasts: Cases from the Wizarding World runs in the style of the Hidden Object Game. Its begins on your first day at the Department for the Regulation and Control of Magical Creatures where you meet your partner Mathilda Grimblehawk. Things heat up quickly when Cerberus Langarm from Magical Law Enforcement shows up and tells you that there has been a terrible accident at the Chudley Canons training ground. You’re called upon to investigate your very first case where you have to search for clues to identify the mystery beast. 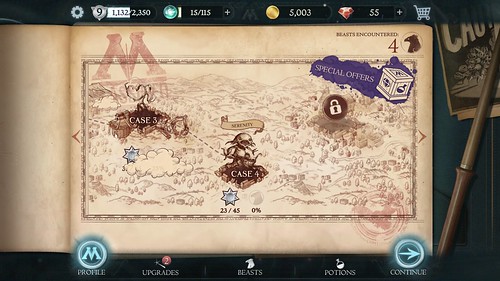 The images we have included reveal clues and answers to the first four cases so please stop reading if you don’t want to know. You have been warned.

There are currently 10 cases available – each with its own magical creature to identify – although they add that there will be more to come. You begin each case at the scene of the accident and you need to search for hidden objects as well as clues to help you progress in your case. As you figure out the clues, new scenes will be unlocked with more clues eventually leading to the mysterious beast that you have to catch. 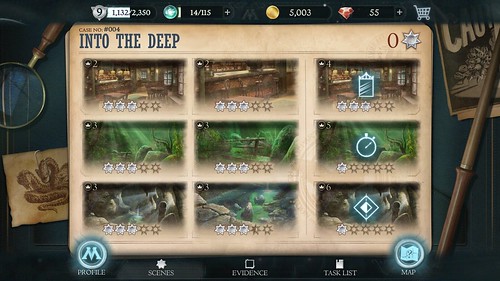 There are nine scenes to search for each case (except the first one). Six of these scenes are specifically related to the case. They hold clues that help you uncover the beast. These scenes are pretty straight forward – you have a list of items that need to find. The remaining three scenes (right-hand column) are bonus scenes with a twist: 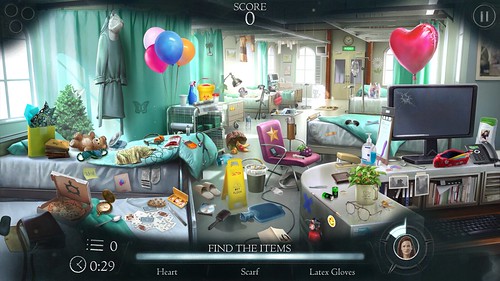 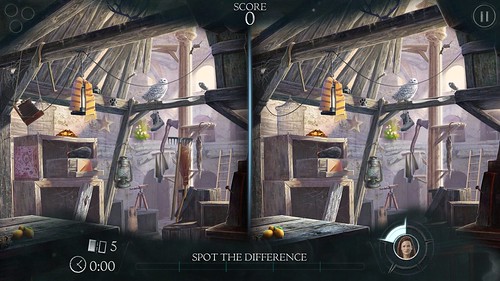 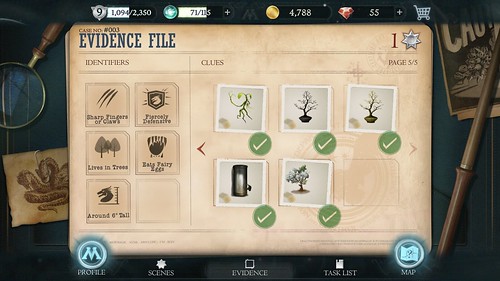 Once you collect enough identifiers to figure out the magical creature on the loose, you need to catch it and put things right again in the Muggle world (we can’t have Muggles running around raving about monsters now can we?). Along the top of the screen, you’ll see some numbers. From left to right, they represent your level, energy, gold coins, gems, and shopping cart. 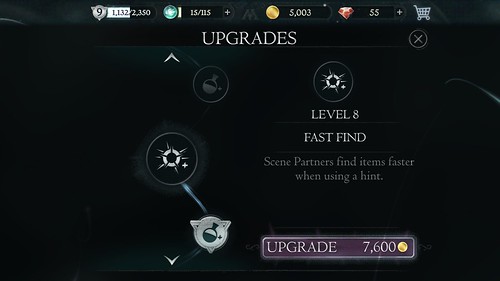 Levels – every time you search a scene you will earn XP (points) to help you level up and gold coins you can use to make purchases. Each level you reach unlocks special upgrades you can purchase with your gold coins, like:

Stars – you can earn up to five stars for each scene you search. How quickly you earn those stars depends on how fast you are at finding all the hidden objects. You need the stars to help you investigate clues and speak to witnesses. 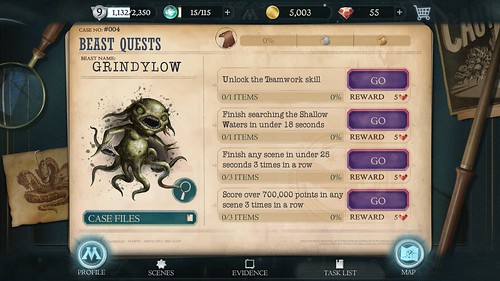 Gems – are earned whenever you play and win the Beast Quests. You can trade your gems to buy potions, energy, or special bundles from the store. If you don’t have gems, you can also use real money.

Beast Quests – these are special quests that become available once you have almost completed the case. Every case has them except for Case 1. There are three levels of beast quests – bronze, silver, and gold. Each level contains four quests. Complete the quest and you will earn gems. 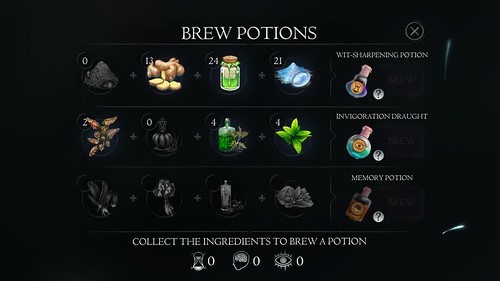 Potions – the ability to brew special potions is unlocked when you reach certain levels and purchase the upgrade with your gold coins. Once you have the potion recipe, you find potion ingredients as you search the scenes. Once you have all the ingredients, you can brew the potion to be used whenever you need a little extra help searching a scene.

G1 created the following case files for each of the cases we’ve solved so far. When I first started playing the game, he would try to guess the creature before all the identifiers were out. I think Newt Scamander would have been proud – G1 will definitely be getting his O.W.L. for his Care of Magical Beasts paper. 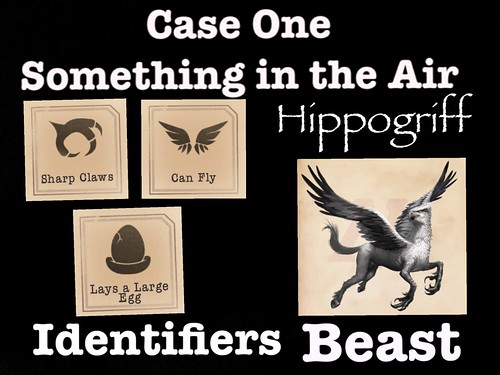 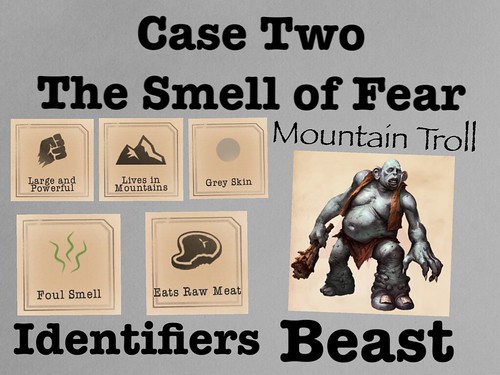 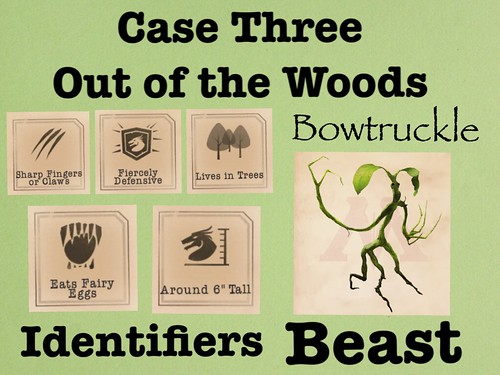 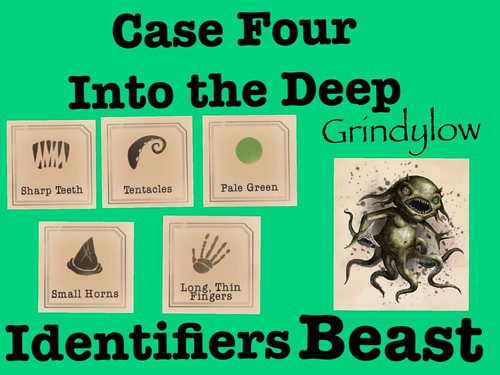 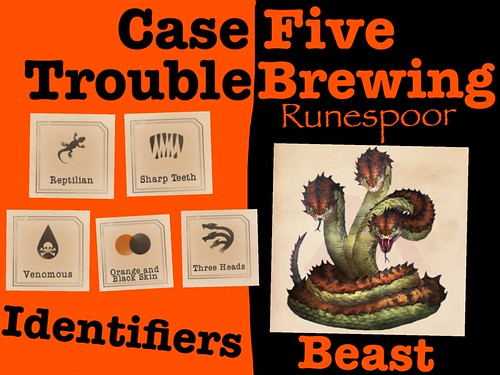 He created the following video for extra credit (if only he would take school work this seriously):