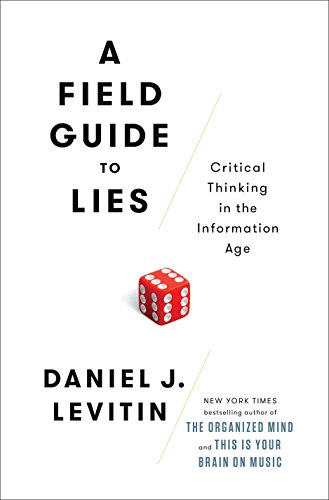 Some time back, we highlighted the importance of helping children develop critical thinking skills, especially in this age of information. We also wrote about the problem of dysrationalia that affects everyone, especially those who are intelligent. The recent hoo-ha about the fake news on Facebook serves to reiterate yet again the value of critical thinking.

“Honestly, people are definitely dumber. Nobody fact-checks anything anymore — I mean, that’s how Trump got elected. He just said whatever he wanted, and people believed everything, and when the things he said turned out not to be true, people didn’t care because they’d already accepted it. It’s real scary.” – Paul Horner, creator of Fake News (CBS News)

As the number of sites for fake news increase, we are turning more and more to unreliable media as our main source of information:

“News researchers have counted at least 60 sites that post fake on-line news stories with either fabrications or exaggerations that make the story incredible—without credibility…Facebook is the number one tool for referrals of false information, accounting for nearly half of their traffic. Kids are growing up in a world where social media plays a gigantic role in how they get their information. According to a Pew Research Center Survey, nearly two of every three people receive their news from social media sources, up from about half in 2012.” – Tim Elmore, Growing Leaders

A Lack of Critical Thinking

A study from Stanford University concurs – as many as 80 to 90% of the 7,000+ student participants were unable to predict the worthiness of their news sites. They have a hard time determining the credibility of information online, they are duped by sponsored content, and they don’t always recognise the political bias of social messages. Not only do they have trouble distinguishing advertisements from news articles, they also struggle to identify the source of the information.

One assessment required middle schoolers to explain why they might not trust an article on financial planning that was written by a bank executive and sponsored by a bank. The researchers found that many students did not cite authorship or article sponsorship as key reasons for not believing the article.

Another assessment had middle school students look at the homepage of Slate. They were asked to identify certain bits of content as either news stories or advertisements. The students were able to identify a traditional ad — one with a coupon code — from a news story pretty easily. But of the 203 students surveyed, more than 80 percent believed a native ad, identified with the words “sponsored content,” was a real news story. – Science Daily

Learning to be Critical

While developers are figuring out how to handle the fake news problem, we should be arming our children with the skills to spot fake news. Commonsense Media shared the following suggestions which are a great place to start:

We have also written about the value of humility. Being humble helps us stay open to new ideas and the possibility that we may be wrong. But that’s not all – a recent study demonstrates that being humble can also help us to be less susceptible to fake news.

The intellectually humble took longer to read the first controversial statements – especially if the information ran counter to their beliefs. At the experiment’s end, they were better at identifying new statements, and, when wrong, they had a gut feeling about the mistake.

The short of the long – stay humble, question everything, and check the source.