The boys have a habit of rearranging my furniture to create all manner of new-fangled “hideouts” in my living room. It is probably a carry over from their toddler days when I would hang up some blankets and we would pretend we were going camping. I don’t know if it is it just a kid thing or just something only my boys are crazy about.

I tried to deter them with a play house project which had their attention for a while until they grew bored of having the “same old” design. Since it was turning into a white elephant, I dismantled it and left the walls in the boys’ room while I decided what to do with it.

Meanwhile G2, who was suddenly afraid of the window at night, had been barricading it with his toys. Weary of clearing up his toys every morning, I used one of the cardboard walls to create “The Great Wall of G2”. I told him that no monsters would be able to get past that and thought that was the end of it. 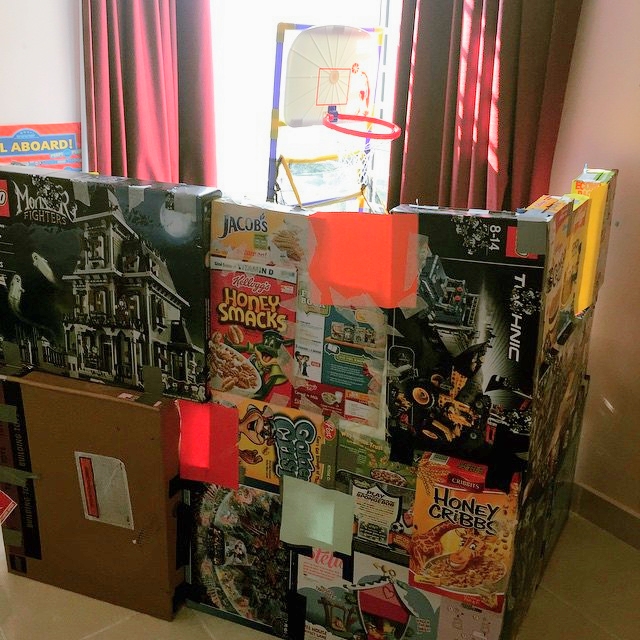 After that, the boys were inspired to re-position the walls to create newer and better hideouts. They would change it every week because I would dismantle their hideouts to clean their room. To make it more fun, we would keep all our boxes and gradually add them to the existing walls so they could create new hideout designs. They can even have separate rooms in their hideout! 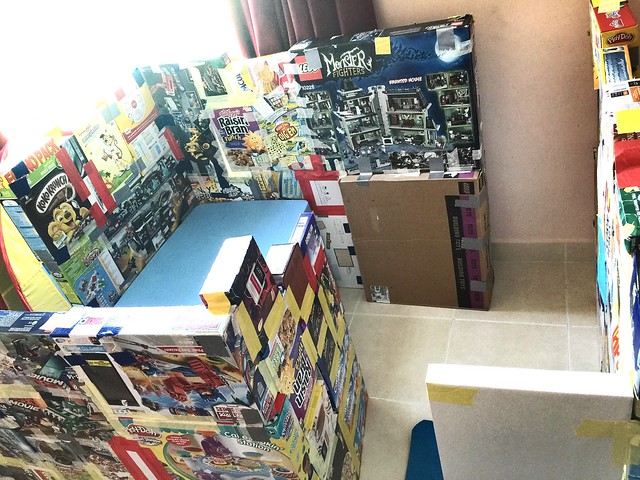 I also gave them some old IKEA blankets they could drape over the walls to make a roof – after all, what’s a hideout if everyone can look inside it? There’s something appealing to kids about crawling into small dark places. 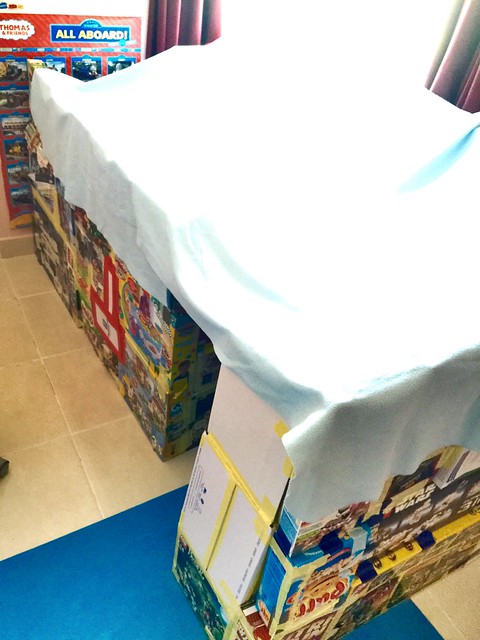 I don’t know why we never thought of this before. Now they can finally leave my furniture alone – yay!