We are pleased to announce that we have a new contributor to Babylicious – Alyssa Chen, founder of Smartification, a website sharing information with parents and educators who are interested in the smartification of their children both in academics as well as emotional competency. One of Alyssa’s specialties is on giftedness, gifted children and gifted education.

Giftedness has often been earmarked by a child’s precocity, however, in this age of information, we now know so much more about how children learn that we can do a lot to facilitate our children’s development. Precocity is no longer a good sign of giftedness. In this first article by Alyssa Chen, we learn how to tell the difference between a bright child and a gifted child.

Sally was very pleased with her daughter. For as long as she could remember, everyone had told her that her daughter was very intelligent. “She’s so fast!” “She’s so quick!”, “How smart! She is very special indeed.” The more praises she heard, the more convinced she was that her daughter must be gifted. When she decided to enrol her in a top preschool which only accept  the top 1%, she boasted of her child’s achievements to the principal whom just nodded her head with a smile. When the diagnostic tests were revealed, she was shocked to find her child was not considered gifted but perhaps, only slightly brighter than the general population.

May Yee, on the hand, had never bothered much about her child’s intellectual abilities. Her son was average in his studies and she did not want to stress him much. However, he became rather disruptive during lessons and regardless the number of times she met his teacher; things did not improve. His teacher insisted that he could not be controlled and that he required special assistance. Desperate, she sent him for an IQ test to see if his intelligence was below normal. She was shocked when she found out he scored top points in it instead.

Why it can be Confusing

Many parents have a hard time understanding that while all gifted children are considered bright, bright children may not necessarily be considered gifted. In fact, a child who may be achieving above his level may not necessarily be a genius but rather a hard worker. This can be very confusing to many parents who do not see the differences between a gifted and bright child.  What makes it even more confusing is that many parents and educators believe that a child who can read early is gifted. Thus, this brings on countless comparisons of “My child can read by the time he/she is 2? and such. However, a child’s brain may have developed a bit quicker than others of a similar age but the leaps in development is not always constant. The child may may either remain at the same pace or outpace them in the long run.

How is a Bright child and Gifted Child different?

The behaviour of a bright child is somewhat similar to those of a gifted. They can be perfectionists in a way and tend to have intense emotions. Yet, they are not so sensitive and too uptight about it. While they can have particular moodswings even as a preschooler, it is actually much easier to talk them out of it than gifted ones. 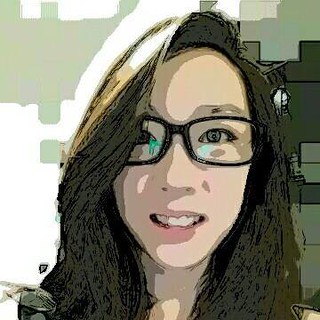 Alyssa Chen, a mother to one extremely inquisitive child, is a very passionate educator who strongly believes that child should be both educated in the brain and heart. She loves collaborations with positive educators and shares her findings, thoughts and experiences on Smartification.net.

“Smartification” is defined as the process of transforming negative behaviour and thoughts into positive ones. The website Smartification is an information and resource site to help parents and educators in the smartification of our children.