G2’s class went to watch the performance of Zak the Zebra’s African Safari at the KL Pac:

The tears of the Crocodile
who weeps in great pain

Must never be captured
and sold for mere gain

For the crocodile’s tears
are more precious than gold

A treasure more precious than gold!

We usually don’t take him for live performances unless he’s familiar with the stories and the characters because it is always difficult to gauge how he will respond to the performance. As it turns out, he actually did enjoy himself and he was clapping along with the rest of the audience.

I went along as a parent helper and was again amazed by how patient the teachers are with the kids. Even though I didn’t do much aside from shepherd the kids – pretty challenging if you ask me – I felt exhausted by the time the trip was over and was ready for an afternoon nap myself. I can’t imagine how the teachers do this everyday and still arrive at school every morning looking so cheerful. It makes me feel like Oscar the Grouch.

The other thing that amazes me is how they remain so remarkably calm! There were two incidences that stick out in my mind where I totally flipped out. The first time was when one of the boys picked up a rock and threw it at a wall and it bounced back so hard it nearly hit one of the other children standing nearby. The second time was when we spotted some fire ants near a group of children and one of the teachers had calmly asked the children to move. The children being children were slow to respond so I rushed in to shoo them off. In retrospect, it occurred to me that my response might have scared the children, but in my defense, my reaction was born from my own experiences of dealing with stings – they hurt a lot and they are NOT nice.

Interacting with the children was fun, though. Their endless curiosity and the conversations they have are so amusing. One little girl came up to me and asked me about a spot on my face; from any adult, that comment might have been deemed offensive but her natural curiosity was somewhat charming. Then she asked me about my glasses which I tried, rather clumsily, to explain to her why I had to wear them and why I didn’t think she should try them on. Another boy piped up that he was allowed to wear his mother’s sunglasses and I found myself stumbling through an explanation why her sunglasses were different from my glasses. We take so many things for granted – such simple concepts and yet not so easy to explain.

About Zak the Zebra African Safari

Lord Fauntleroy has a devious plan to catch the wise and powerful Komati the Crocodile, for a crocodile’s tears are more precious than gold. It’s up to Zak the Zebra and her friends from the Serengeti to save Komati from the evil plans of these nasty human creatures.

Originally written and directed by Jenny De Reuck and performed by the Children’s Theatre students at Murdoch University, Zak the Zebra has come to Malaysia with a local flavour from Nick Choo. 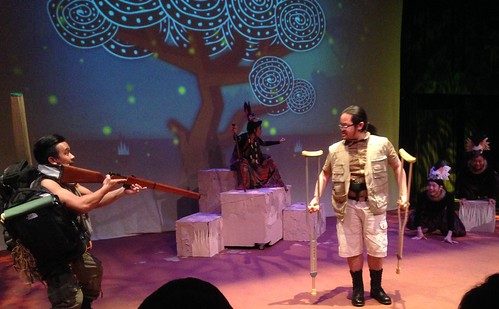 For instance, Tai Koh the Tiger’s character has obviously been adapted for the local audience who found him extremely amusing. It was interesting to observe the cultural differences in humour – while the local adults found Tai Koh to be a barrel of laughs, I noticed that the adults who were not local remained deadpan throughout his entire scene. 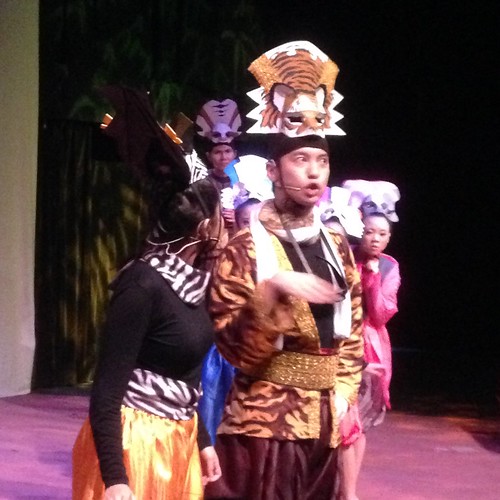 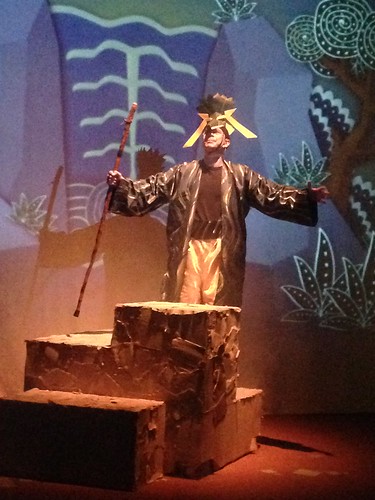 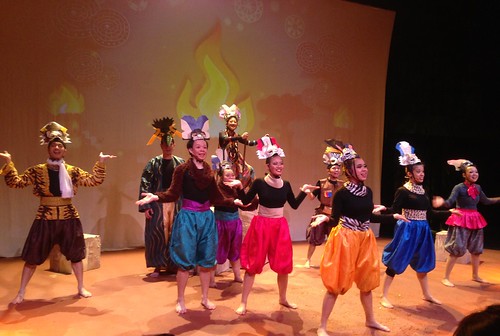 Although intended for an audience of children, G2’s teacher remarked that the speech was perhaps a bit fast for the younger children. I also think that some of the humour would have been lost on the children but perhaps it was deliberately aimed at the adults so the parents who would have to accompany their children wouldn’t be too bored. The highlight for some of the children was most probably the scene when the hyenas threw candy at the audience – a wave of children left their seats to scramble for them – and as soon as the show ended, they wasted no time rushing forward to pick up the scraps.

Overall, I thought it was quite an entertaining performance. Well, I enjoyed it.