When G1 first received the Lego Mindstorm EV3, I had secret hopes that he would discover some deep-seated interest in robotics and he would end up something like Hiro Hamada from Big Hero 6 – designing and creating his own robots. Sad to say, once he’d made Reptar, he wasn’t really interested to go further. Bummer. After repeated suggestions that he should try making something else, I eventually gave up and packed away his EV3.

Over the school holidays, I suggested again that he make something. I honestly didn’t expect a response. To my delight and surprise, he made Scorpion (aka Spiker). Although there was a lot of inertia to begin with, he was a little like a snowball rolling down the hill once he got started. 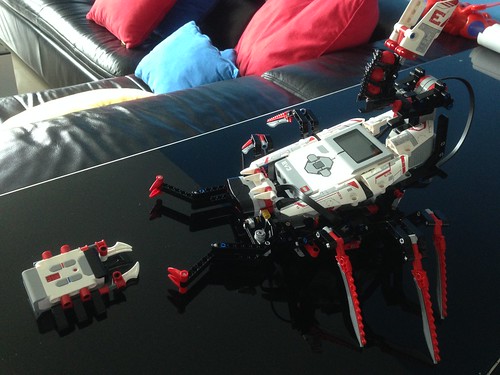 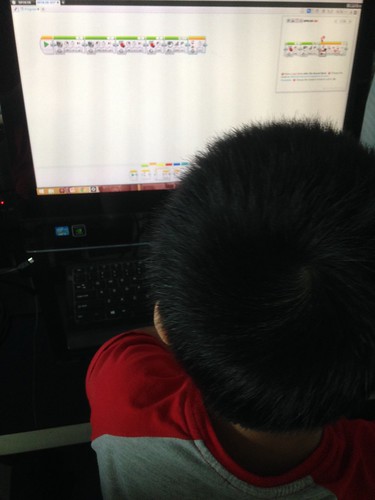 He did eventually correct it and got the Scorpion to find the bug and shoot at it. After that, Spiker went back on the shelf. Ah well, maybe we’ll just stick to writing stories – oh wait… that’s not really happening either. How does one light that fire that inspires a child to go places? I’ve been told it’s just a “boy thing” but sometimes I wonder… Is it really?