The last time we went to see the Singapore Science Center, it was to see the special exhibition they had there – Titans of the Past (featuring the work of world leading paleontologist Jack Horner – the consultant for the Jurassic Park movies). The boys had so much fun there that we didn’t get around to see the Science Center proper so we made a second trip back over Easter… 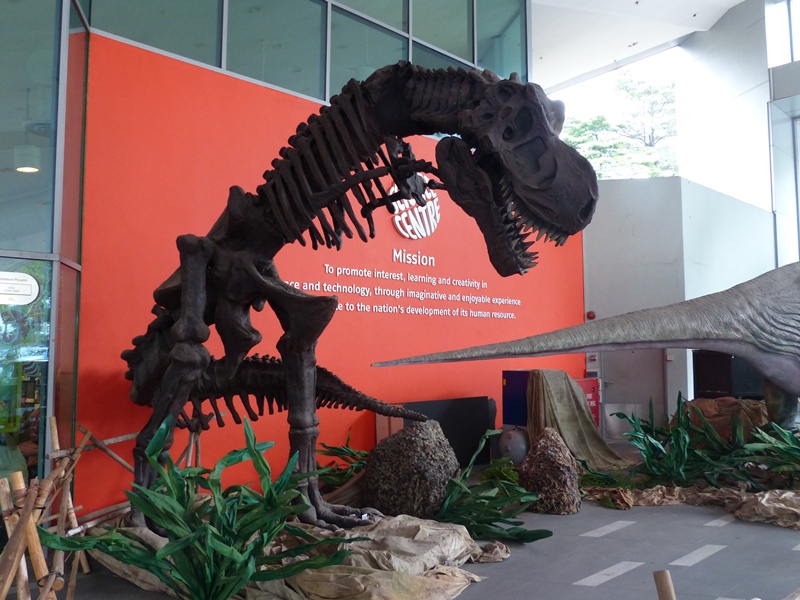 There is so much to see that we only made it through a fraction of the center. These are some of the exhibits we got around to…

Where’s the ghost in the reflection? The image of a shipwreck is reflected in the mirror to show the face of a man. 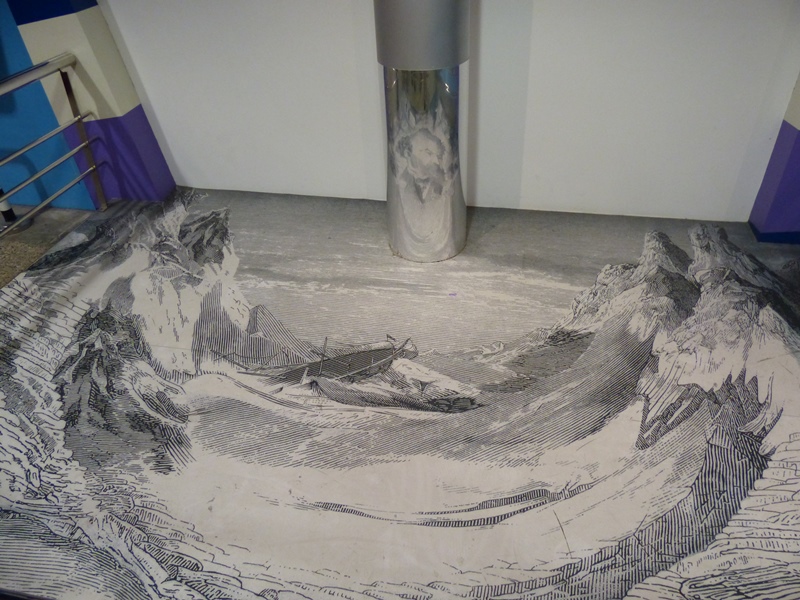 Are you getting dizzy? Stare at the spiraling image for a while and then look away to see the world around you warping. 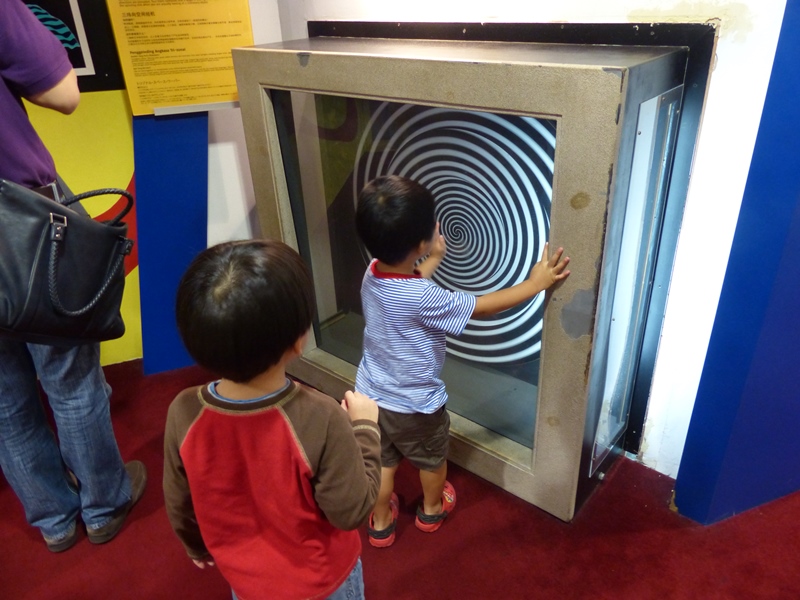 Magic mirror, turn me into into a pirate, a ghost, a cowboy, a princess! 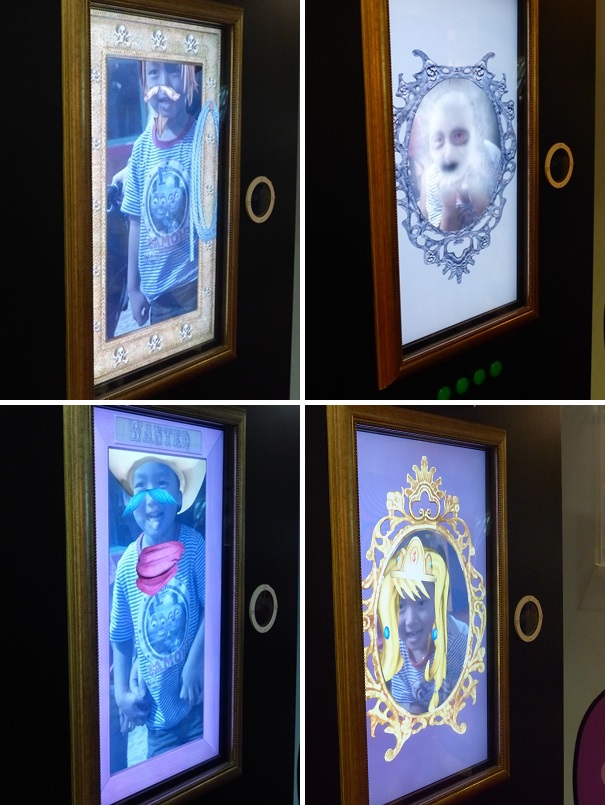 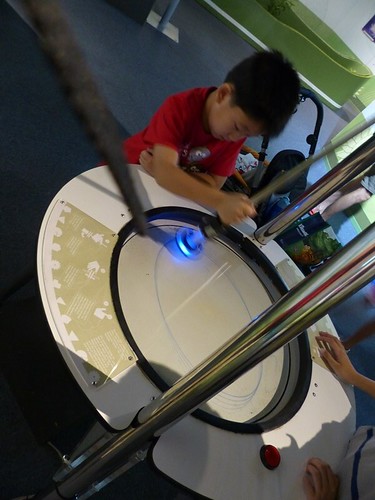 Watch the story of Flatland – a romance of many dimensions… 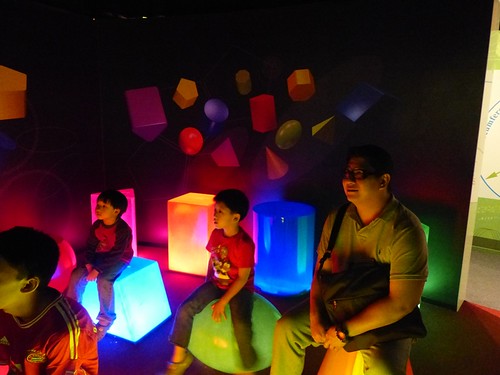 The Story of Flatland

Flatland the Movie is an animated film based on Edwin Abott’s classic novel: “Flatland: A Romance of Many Dimensions. It features the voices of Kristen Bell, Martin Sheen and Michael York. You can also watch it here… 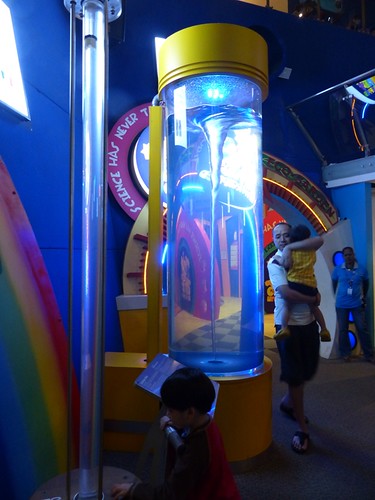 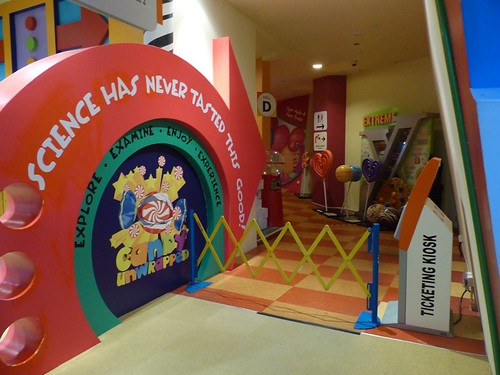 They have several demonstrations on and we were lucky to be there to catch the Tesla Coil Demonstration. I apologise for the really crappy photos because I had to watch out for G2 and keep him out of trouble at the same time so it was kind of difficult to get good photos – not that I’m a good photographer anyway… 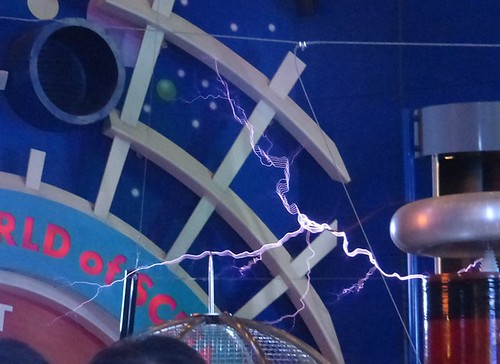 Look how the fluorescent tubes light up even though they aren’t connected to an electrical source! 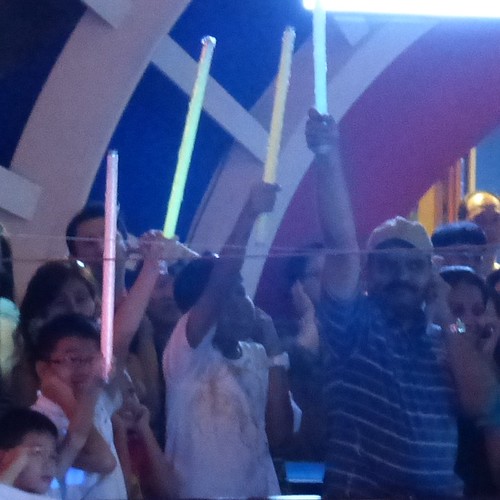 I didn’t record a video, but I did find this one you can check out:

And the woman in the cage (sorry, I was too short to get a photo with her in the Faraday Cage) remains unscathed as a 3.5 million volt electrical arc hits the cage! If you’re really interested, you can read the explanation here. 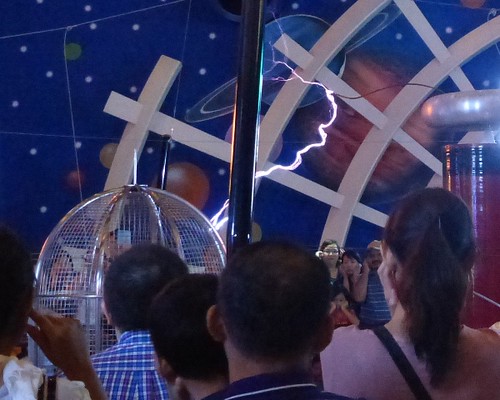 The only thing we didn’t get to see was Tesla Coil Music, but you can also watch that here where they play House of the Rising Sun: