For the first time in Malaysia, myBrainLab is introducing BrainRx…

Founded by Dr Ken Gibson, BrainRx is a brain training program designed to help children learn faster, comprehend more, and get smarter. With the BrainRx program, they can:

Who is Dr Ken Gibson?

Dr Ken Gibson is a passionate education pioneer who founded the BrainRx program – a system that effectively measures and trains cognitive learning and reading skills so children and adults and think, learn and remember faster and easier than ever before. He has a very interesting history because he was diagnosed with dyslexia. Despite this significant handicap, he overcame the challenges to become a doctor, researcher and businessman. Motivated by his own painful learning struggles, he spent years researching cognitive skills and co-created the brain training programs that are the foundation of the BrainRx program.

Learn more about myBrainLab, the brain development center that will be bringing the BrainRx program to Malaysia. They will be offering BrainRx Skills Discovery Workshops throughout January. 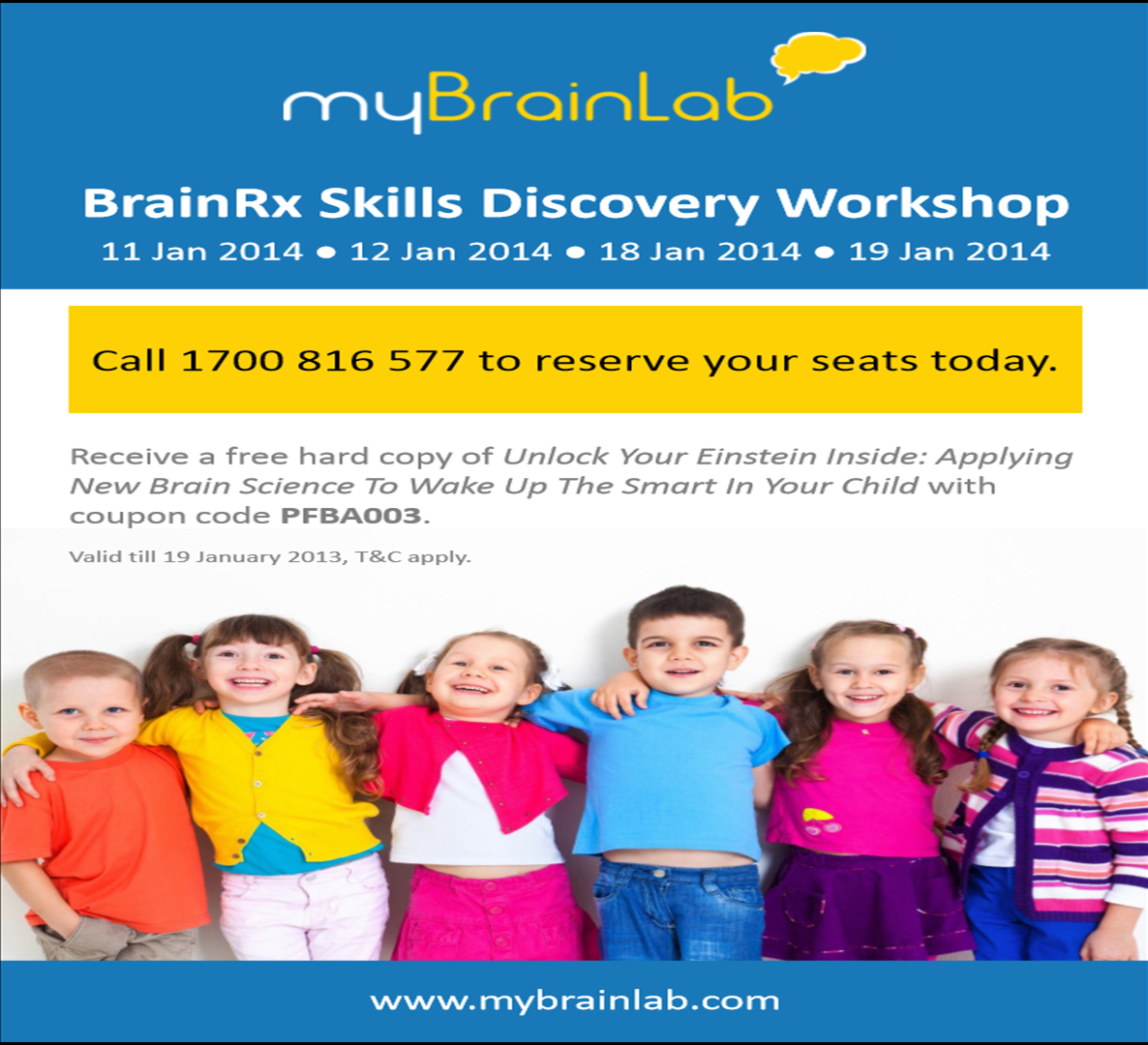 With so many development programs available, this is a valid question to be asking. Before making a financial and time commitment, parents want to know about the efficacy of a program before making the investment. BrainRx has existed in the US as LearningRx since its inception in 2002 and here are some of their testimonials taken from Unlock the Einstein Inside: Applying New Brain Science to Wake Up the Smart in Your Child by Dr Ken Gibson:

When we began the program, our daughter not only had problems with her schoolwork, but was also having problems with self-image and confidence. She was acting out of character due to the frustraion. She was exhausted at the end of each day because she was working so hard with little results. After only a few sessions, we noticed she had a renewed confidence and was excited to learn and do well. After 10 weeks, not only did we (and her teacher) see a difference, but she saw the difference on her report card. She had increased her grades in all area. By the end of the sessions and the school year she brought her grades up to an above-average level. She is happy with herself and sees herself on level with her friends and classmates. She enjoys school and is eager to learn.

Parker has made tremendous strides in all areas of learning and I truly believe that it is because of the program. I am amazed at how – in such a short period of time – his desire to learn expanded. I would definitely recommend the program to any parent who has concerns that their child is struggling in school or just seems to have to work too hard in any learning skills.

…Halie went from Fs on spelling tests to As in one summer! Her processing speed went from the slowest in the class to the 2nd fastest – 100 math problems in 5 minutes with only 2 errors! Her ability to write papers has vastly improved and her teacher tells her that she is doing among the best work in the class. Her stories are funny and clear and easy to read. She sits down at her brother’s soccer games and writes first drafts of multiple paragraphs in less than 45 minutes. It is almost impossible to distract Halie now… She now stands out as one of the smartest, quickest kids in the class!