After paying SGD72 each for hubby and me, and SGD48 for Gavin’s ticket, we weren’t about to turn around and go home so we dragged a rather sullen and unwilling Gavin around to take some very depressing photos and to sit on a few of the rides.

First up was Sci-Fi City

Daddy took him on the Accelerator instead which was a bad move on Daddy’s part because it made his stomach queasy for the rest of the day. To add insult to injury, Gavin wasn’t at all impressed by it either. In case you’re wondering, the Accelerator is just a futuristic version of the good old cup and saucer ride – definitely not for the faint stomach.

Next up was Ancient Egypt

Again Gavin was too short for the indoor rollercoaster ride – Revenge of the Mummy. For some reason, the height requirement on this was 122cm instead of the standard 125cm. In the end, we took Gavin and Gareth on the Treasure Hunters ride which is basically a ride in a jeep around a course where you get to see treasure digs, fake animals, scarab beetles and ride over falling bridges. Completely and utterly sedate, but Gavin was delighted by the scenes.

Despite appearing to enjoy the ride, Gavin still pined to go home so we had to cajole him to check out the dinosaurs in The Lost World. At the Lost World, Gavin went with Daddy on the Canopy Flyer (minimum height 92cm), while I took Gareth on the Dino-Soarin ride. Gareth was rather unhappy about the wait to get on the ride, but when I pointed out where we were going, he seemed eager enough to get on.

While we waited for Daddy and Gavin to finish, I took at look around The Lost World and spied the Amber Rock Climbing wall which was just a man-made wall with fossil features as handholds and footholds. I would have loved to try it out but when you take the children to Universal Studios, it is never about what you want to do.

While we were exploring The Lost World, I heard the overhead screams from the people taking the Canopy Flyer and hurried back thinking that Gavin would be howling in fear by the time it was over. To my surprise, he thoroughly enjoyed the Canopy Flyer and his visit to Universal Studios Singapore was really beginning to pick up at that point. Yes, I was stunned to silence, my kiasi son who is afraid of everything loved the Canopy Flyer.

When I took him to ride the Enchanted Airways, he was laughing all the way. At the end of the ride, he said he wanted to go on the “big” rollercoaster when he was tall enough. He even wanted me to go with him but I think that’s a duty I will leave to Daddy because Enchanted Airways was about the limit of my rollercoaster tolerance. I’m a wuss, I admit it.

We didn’t get to see much else after that because Gareth was getting tired again and looking rather wilted from the heat. It was a pity because we were just getting to the fun part of Universal Studios – Madagascar. I’m sure he might have enjoyed the Magic Potion Spin (the Ferris Wheel ride) in Far Far Away, too.

In the end, both boys enjoyed themselves immensely (even thought Gareth was asleep when we arrived and Gavin wanted to go home) and the experience in the Lost World helped to nurture Gavin’s budding interest in dinosaurs. Daddy bought him a Diplodocus stuffed toy after he persistently insisted that was all he wanted from the souvenir shop and that he would learn all about dinosaurs if he got the Diplodocus, and I got him Step-into-Reading: Dinosaur Days: 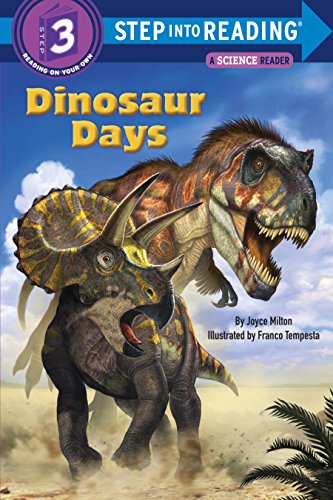 And coming from overseas is his new Dinopedia so he can learn all about the different types of dinosaurs and their families:

We chose Dinopedia in the end because you really can’t go wrong with National Geographic. The information in the book is also pretty complete and very well organised (you can look inside the book on Amazon – it also receive 19 five-star reviews out of 20 on Amazon). Looks like we really need to check out the Dinosaur Exhibit at the Science Center before they change it…